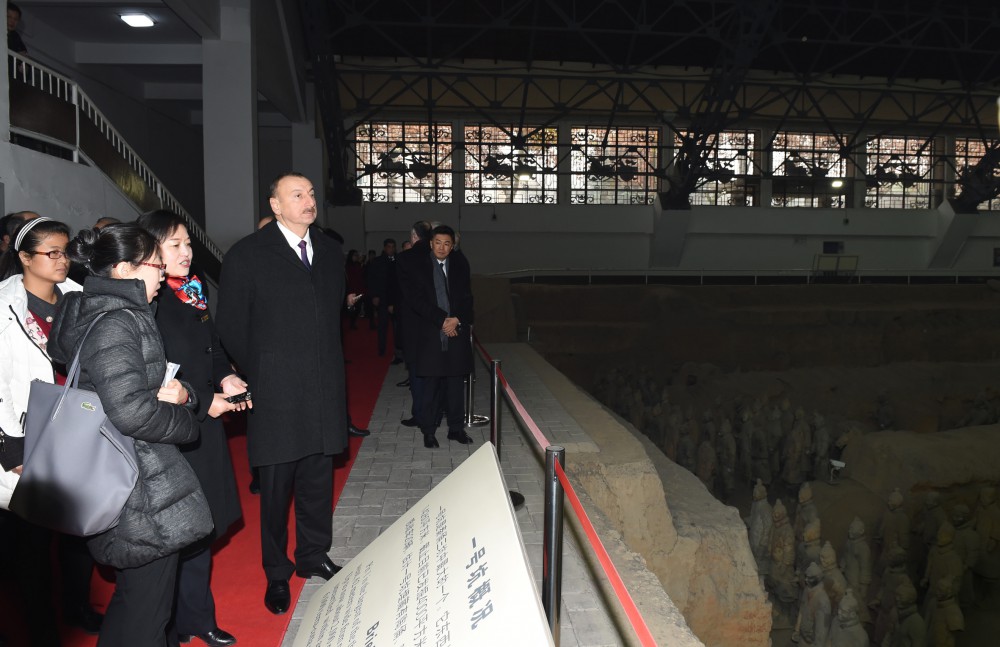 President of Azerbaijan Ilham Aliyev has viewed Terracotta Army Museum (underground sculptures army) in Xian as part of his state visit to the People's Republic of China.

Xian is located in Shaanxi province in the centre of China.

The head of state was informed about the general plan of the territory where the museum is located.

Sculptures were discovered in 1974 and are considered one of the most important archaeological discoveries in the world history.

Located at the northern foot of Lishan Mountain, 35 kilometers northeast of Xian, Shaanxi Province, Qinshihuang Mausoleum is the tomb of Emperor Qinshihuang, founder of the first unified empire in Chinese history during the 3rd century BCE.

President Ilham Aliyev was informed that in 1987 terracotta army was included in UNESCO's World Heritage List.

The head of state was informed about the examples of bronze weapons which were found during excavations in the area.