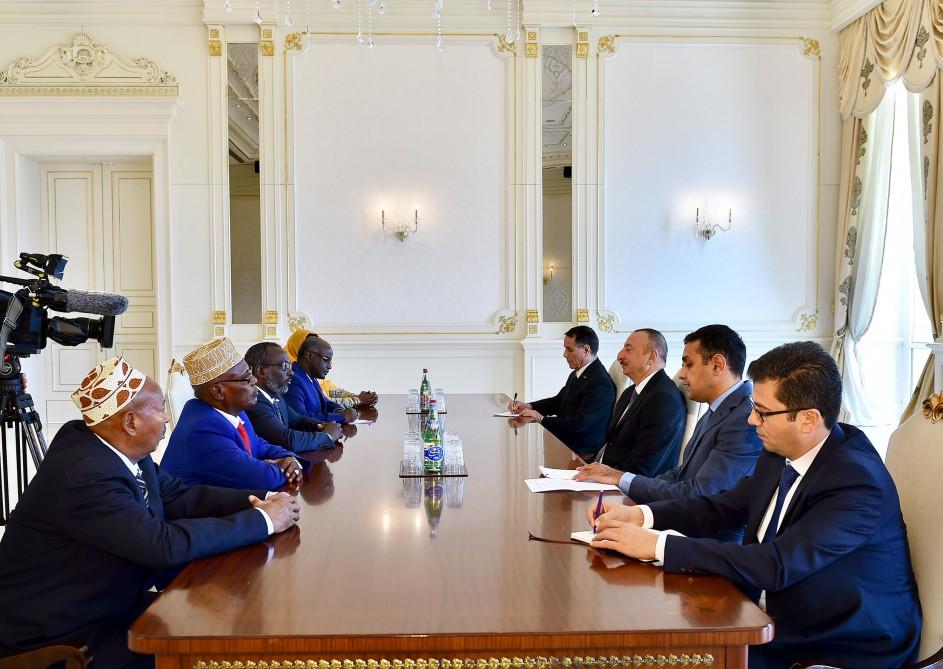 President Aliyev expressed his confidence that the visit of Mohamed Ali Houmed will play a significant role in the development of Azerbaijan-Djibouti relations and that various aspects of cooperation will be widely discussed during the visit.

The president said the two countries enjoy strong relations, which have been developing in recent years.

President Aliyev said Azerbaijan is interested in expanding these relations with Djibouti in various fields.

The president thanked the Djiboutian Parliament for adopting a resolution recognizing Khojaly tragedy as genocide.

The president noted that parliaments of more than 10 countries have already recognized Khojaly tragedy as genocide.

President Aliyev said the resolution adopted by the Djiboutian parliament reflects justice and is also indicative of the friendly ties between the two countries.

The president stressed the importance of the two countries’ successful cooperation and mutual support within international organizations.

Touching upon economic cooperation, President Aliyev said significant steps were taken in this regard.

The president noted that the establishment of air transportation between the two countries positively influenced mutual trade. President Aliyev pointed to broad agenda of Azerbaijani-Djiboutian relations, expressing his confidence that the cooperation will be strengthened in the future.

Mohamed Ali Houmed said that despite the fact that relations between the two countries started to develop just recently, their current level gives the impression that these ties have a long history.

Touching upon the Djiboutian Parliament’s resolution recognizing Khojaly tragedy as genocide, Mohamed Ali Houmed said the parliament adopted this resolution quickly and without hesitation and they were proud of this decision. He said both countries are bound together by religious and cultural ties and stressed the importance of further strengthening these bonds.

They then posed for photographs.