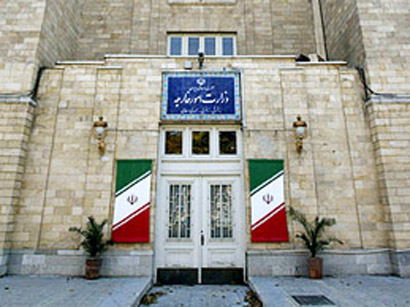 Iran is ready for cooperation in the peaceful settlement of the Armenia-Azerbaijan Nagorno-Karabakh conflict, spokesman of the Iranian Foreign Ministry Abbas Mousavi said at a press conference in Tabriz city, Trend reports Dec. 14.

Mousavi said that Azerbaijan is a friendly country to Iran and an important country from the point of view of regional processes. One of the ways to develop bilateral relations is to reduce barriers to mutual visits of citizens of both countries, the spokesman noted.