Representatives of the Azerbaijani diaspora, who made a trip to Shusha, organized by the State Committee for Diaspora Affairs, visited Jidir Plain, Trend reports citing the state committee.

Azerbaijanis living abroad chanted the phrases ‘Dear Shusha, you are free!’ and ‘Karabakh is Azerbaijan!’, voiced by the President of Azerbaijan, Supreme Commander-in-Chief of the Armed Forces Ilham Aliyev.

They unfurled the huge flag of Azerbaijan on Jidir Plain and sang the national anthem.

Earlier, on July 27, dozens of compatriots living abroad arrived in Azerbaijan for their summer holidays. Considering that representatives of the diaspora are in their homeland, the State Committee for Diaspora Affairs of Azerbaijan organized their trip to the city of Shusha.

During the trip, representatives of the diaspora visited the main square of Bazarbashi of the city of Shusha - the cultural capital of Azerbaijan, Jidir Plain, the square where the monuments subjected to Armenian vandalism are installed, the place where the Shusha Declaration on Allied Relations was signed, the house of Khurshudbanu Natavan, the Khan Gyzy spring, the Ganja Gate, mosques of Saatly, Ashagy and Yukhary Govkhar agha.

Representatives of the Azerbaijani diaspora also met with the servicemen of the valiant Azerbaijani army, which gave Azerbaijan the joy of victory under the leadership of the Supreme Commander of the Armed Forces, is also planned. 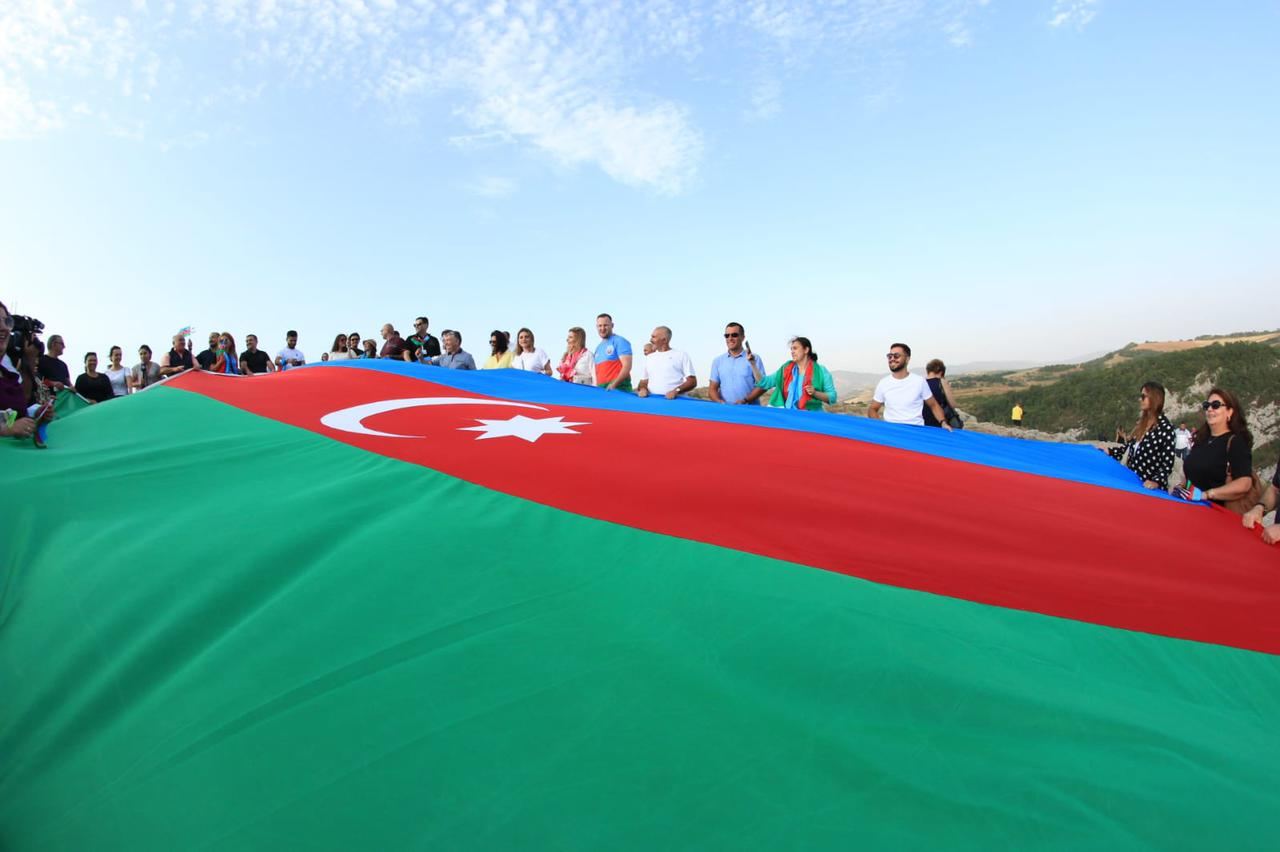