At first, the Pakistani guests visited the Alley of Martyrs and paid tribute to those, who sacrificed their lives for the independence and territorial integrity of Azerbaijan, as well as laid a wreath at the “Eternal Flame” memorial.

Welcoming the guests, Colonel General Hasanov noted that there is friendship and mutual trust between the two countries. It was also mentioned that Azerbaijani-Pakistani relations and bilateral strategic partnerships are developing.

Conveying the greetings of the Minister of Defense of the Islamic Republic of Pakistan, Admiral Niazi stressed the importance of such meetings and mutual ties in strengthening relations between the countries.

The significance of developing both bilateral and trilateral joint military cooperation with the participation of Azerbaijan, Pakistan, and Türkiye was emphasized during the meeting.

At the end of the meeting, the sides discussed prospects for the development of cooperation between the countries in the military, military-technical, and military-educational spheres, as well as other issues of mutual interest. 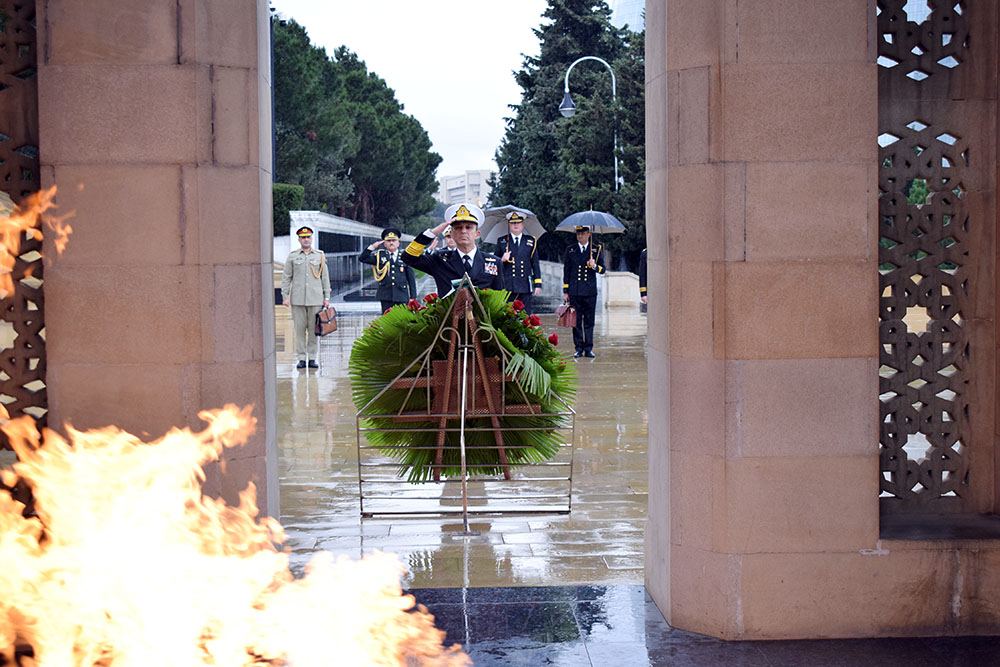