SHUSHA, Azerbaijan, January 24. Two more trucks of Russian peacekeepers have driven along the Lachin-Khankendi road, passing near Shusha, without any incidents, Trend reports from the scene.

Earlier, six vehicles of the International Committee of the Red Cross (ICRC) have moved through the protest area.

The protest on the Lachin-Khankendi road against the illicit exploitation of Azerbaijan's mineral resources in the area of Russian peacekeepers' temporary deployment has been going on over forty days. 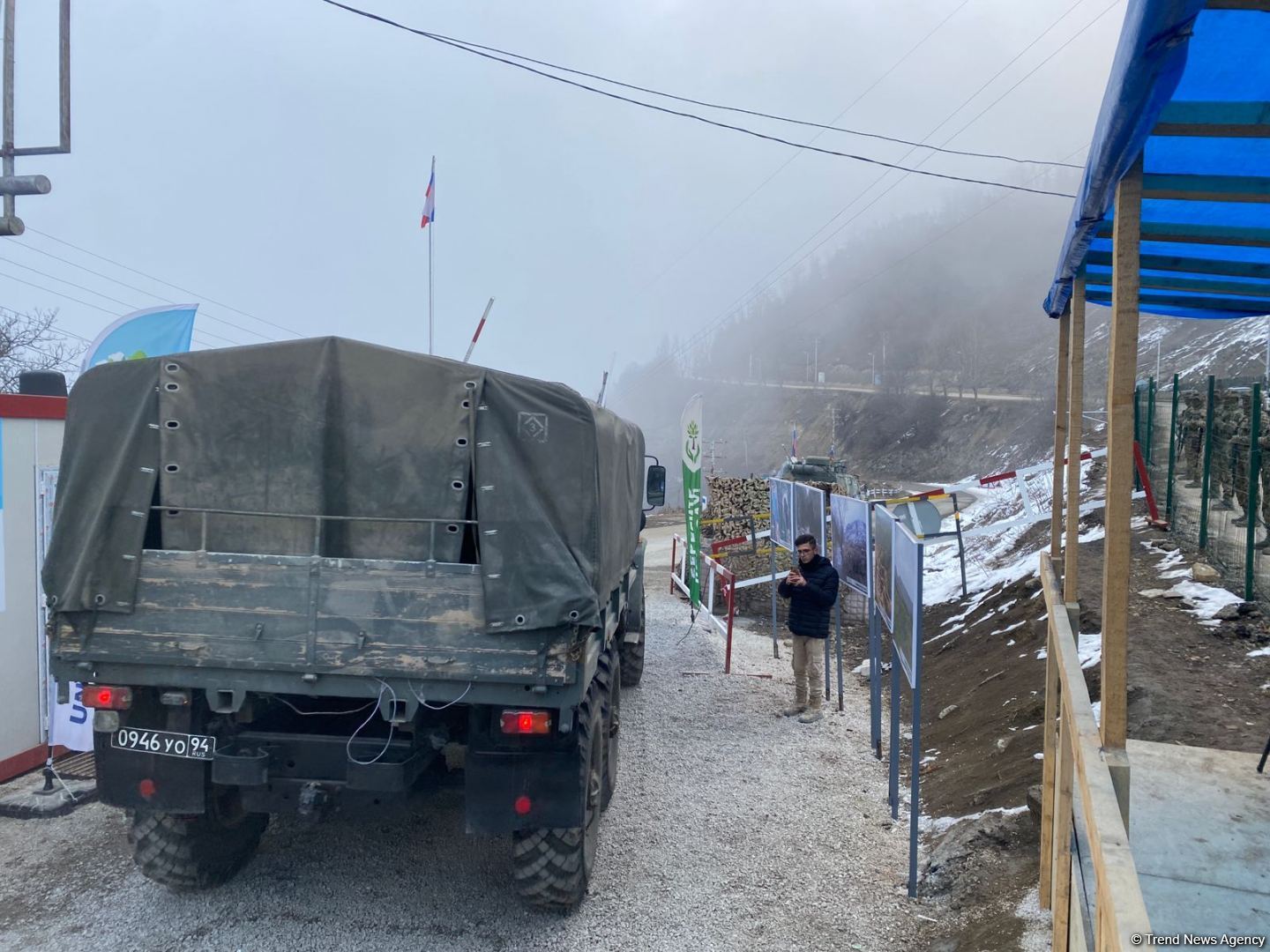