Society Materials 23 September 2014 13:36 (UTC +04:00)
The President of the European Olympic Committees Mr Patrick Hickey concluded his latest visit to Baku on Sunday 21 September and was updated on latest progress by the Baku 2015 European Games Operations Committee. 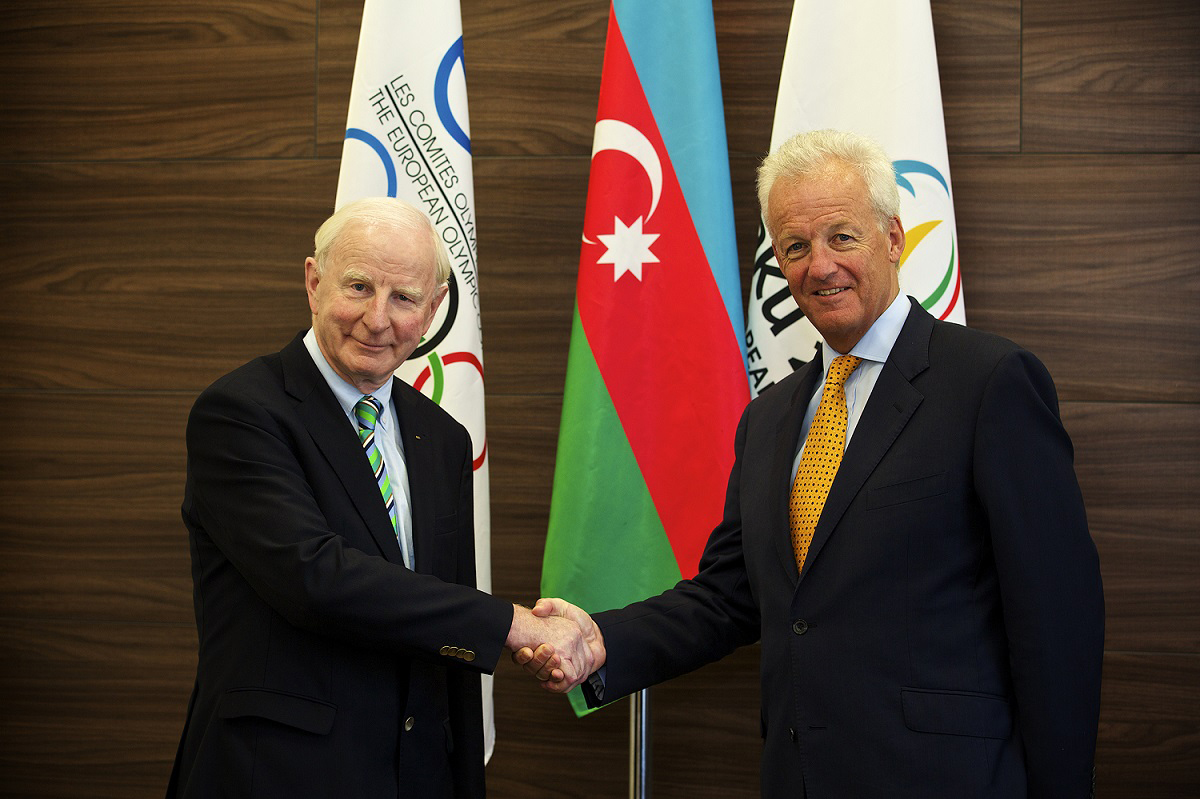 The President of the European Olympic Committees Mr Patrick Hickey concluded his latest visit to Baku on Sunday 21 September and was updated on latest progress by the Baku 2015 European Games Operations Committee.

President Hickey was a special guest at the signing ceremony alongside Minister Azad Rahimov, Baku 2015 Chief Executive Officer, as the State Oil Company of the Republic of Azerbaijan (SOCAR) was announced as an Official Partner of the European Games.

"To see the significant progress made in recent months by the Baku 2015 team was extremely encouraging, and it was a valuable opportunity to receive an extended update on the developed and improved sports programme," Mr Hickey, a member of the International Olympic Committee's Executive Board and President of the Olympic Council of Ireland, said.

"I am more than confident that Baku 2015 will fulfil our vision of an innovative and sustainable first edition of the European Games, which will set the standard for multi-sport events the world over," he said.

"I would like to thank Minister Azad Rahimov, Chief Operating Officer Simon Clegg and the entire Baku 2015 European Games team for their time and their warm welcome once more in Azerbaijan," he said.

At the signing of the SOCAR announcement, Mr Hickey also gave a speech to the international media where he explained the European Olympic Committees' vision for the continent's inaugural multi-sport event and the lasting benefits for Azerbaijan in hosting the European Games.

"It is always an honour to have President Hickey visit and this was another useful opportunity to update him on all of our plans," Mr Simon Clegg, Chief Operating Officer of Baku 2015, said.

"It is reassuring that the EOC President is confident with our progress," he said. "As we move towards inaugural European Games, his vision and guidance will inspire our entire team towards delivering an event that we believe will make all of Europe proud."