The European Bank for Reconstruction and Development (EBRD) is looking to support financially the development of the Trans Adriatic Pipeline (TAP), which is to bring Azerbaijani gas across the Balkans and on to Italy, said EBRD President Suma Chakrabarti.

Chakrabarti made the remarks during a meeting with Albania’s Prime Minister Edi Rama, Associated Press reported.

The EBRD president said that the TAP pipeline project is of great interest as it will help the region’s energy security and is deemed environmentally sustainable.

“In the energy sector, the EBRD is well aware of the need to secure energy for Europe which is affordable and acceptable from the point of view of climate change,” noted Chakrabarti. “In this context, we are positive about the Trans Adriatic Pipeline, a project that develops the three characteristics of energy security, energy access and environmental sustainability.”

The EBRD also confirmed it has started negotiations for 500 million euros in direct financing and plans to attract up to 1 billion euros from a syndicate of commercial banks, said the report.

Riccardo Puliti, the EBRD’s energy and natural resources head, said negotiations started in April and may take 12 to 15 months.

“The bank is analyzing the technical, economic, financial, social, environmental terms and more to see if they are consistent with its policies,” said Puliti. “We expect that process is over in April next year.” 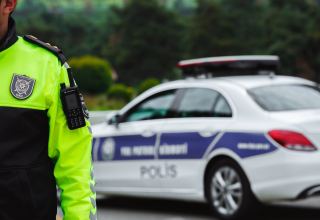