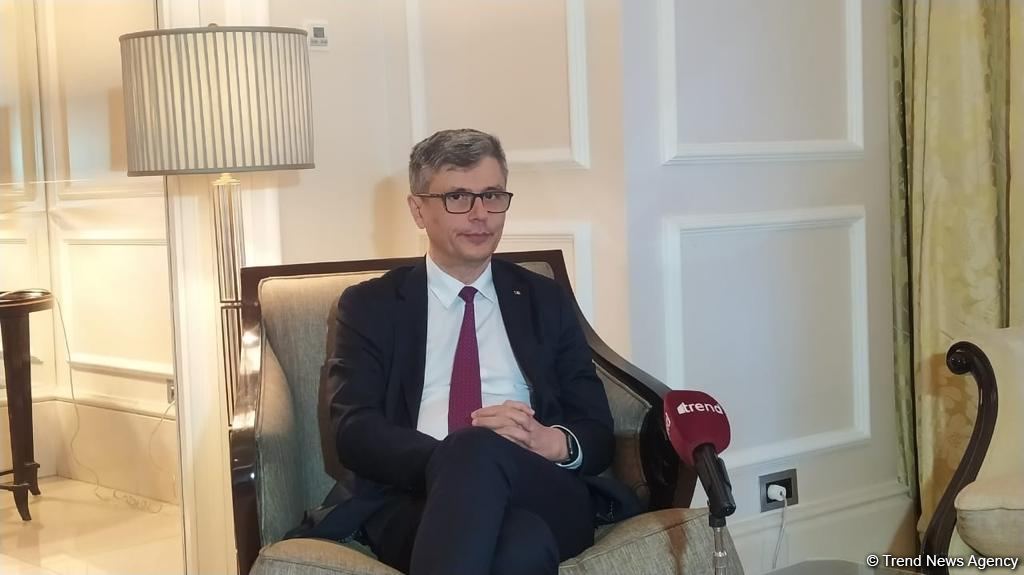 BAKU, Azerbaijan, June 28. The importance of the Southern Gas Corridor for the security of supply for Europe is more than ever before, Romanian Minister of Energy Virgil-Daniel Popescu, who was on a visit to Azerbaijan, said in an exclusive interview with Trend.

“Azerbaijan plays a major role is ensuring the supply security of Europe. All eyes in Europe are now on Azerbaijan, there are talks with Azerbaijani government in this regard,” said the minister.

Popescu noted that Romania is one of the countries least exposed to Russian fossil fuel dependence.

The minister also talked about different ways of getting access to Azerbaijani gas.

“Two years ago, we were thinking that we don’t have any chance to have energy supply sources other than Russia and we developed the Reverse Flow Project on the Trans-Balkan Corridor that was constructed for supplying gas from Russia, Ukraine, Romania, Bulgaria and Turkey. Last year we finalized our reverse flow modifications and now we have a corridor that can bring in and out from Romania gas from Turkey, Bulgaria, Ukraine. From Turkey we can bring gas from Azerbaijan and from liquified natural gas (LNG) terminals. So, we have inter-Balkan corridor. The Vertical Corridor that was meant to be finished six years ago, is expected to the completed this summer. The Interconnector Greece-Bulgaria (IGB), which should be completed in July, will give access to Romania to the Trans Anatolian Natural Gas Pipeline (TANAP), Trans Adriatic Pipeline (TAP). BRUA pipeline (Bulgaria, Romania, Hungary and Austria) is another corridor that can bring gas from the Southern Gas Corridor, the Vertical Corridor to Romania, Moldova and the rest of Europe,” he added.

Moreover, Popescu noted that Romania imports 70 percent of its total oil consumption, with more than half accounting for Kazakhstan.

“The rest is imported from Russia and we have to find a solution to import it from other sources,” the minister said.

More opportunities for SOCAR in Romania

“During my first visit to Azerbaijan I mentioned that Romanian government wants Azerbaijan’s state oil company SOCAR to be more involved in investing in Romania. SOCAR has a network of 67 petrol stations in Romania. But I think we can do more together. We’re looking at investments in gas-to-power projects. SOCAR can be an electricity supplier in Romanian market, it can trade fertilizers, create joint ventures with Romanian companies to produce green energy, fertilizers. So, we invite SOCAR to be more active and we support any investment of Azerbaijani companies in Romania,” said Popescu.

The minister recalled that during his visit to Azerbaijan earlier this year, there were talks about a green bridge between the Caspian Sea and the Black Sea.

“We call it a Green Corridor, as we want to connect the offshore wind farms of the Caspian Sea and the Black Sea with a submarine cable from Georgia to Romania. It can facilitate the export of green energy from Romania to the rest of Europe, since there is a great demand for energy in Europe now. This is a very interesting project between Azerbaijan, Romania and Georgia and many other countries also want to join it,” Popescu concluded.