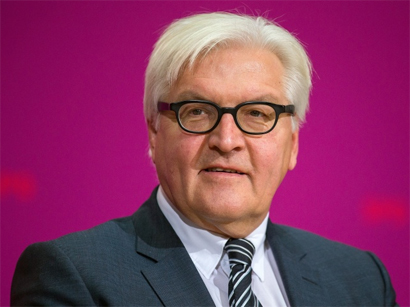 "We trust in the strength of the Turkish state to clear up the corruption allegations that are on the table, irrespective of the persons involved," Steinmeier told Germany's Bild am Sonntag weekly on Saturday.

The German foreign minister further underscored the need for Turkey to remain as a "stable anchor" in the Middle East.

Turkey plunged into political crisis after dozens of government officials and prominent businessmen close to the Turkish premier were arrested for inquiry on graft charges on December 17.

Erdogan, however, responded to the inquiry by dismissing dozens of police chiefs. He described the high-level graft probe as an "ill-intentional move of local and foreign actors" aimed at toppling his government.

The German minister's comments come amid growing international criticism of Ankara over its handling of the controversial graft probe.

On Friday, EU Commissioner for Enlargement and European Neighborhood Policy Stefan Fule voiced concern over the latest developments in Turkey, stressing that the "allegations of wrongdoing" must be addressed "in a transparent and impartial manner."

Erdogan says the corruption probe against his government is a "smear campaign" planned by outside forces. He has also warned that he might expel some foreign diplomats involved in "provocative actions" against Turkey.

Analysts believe the graft scandal is a big challenge for the Turkish premier, who has pledged to root out corruption in the country.