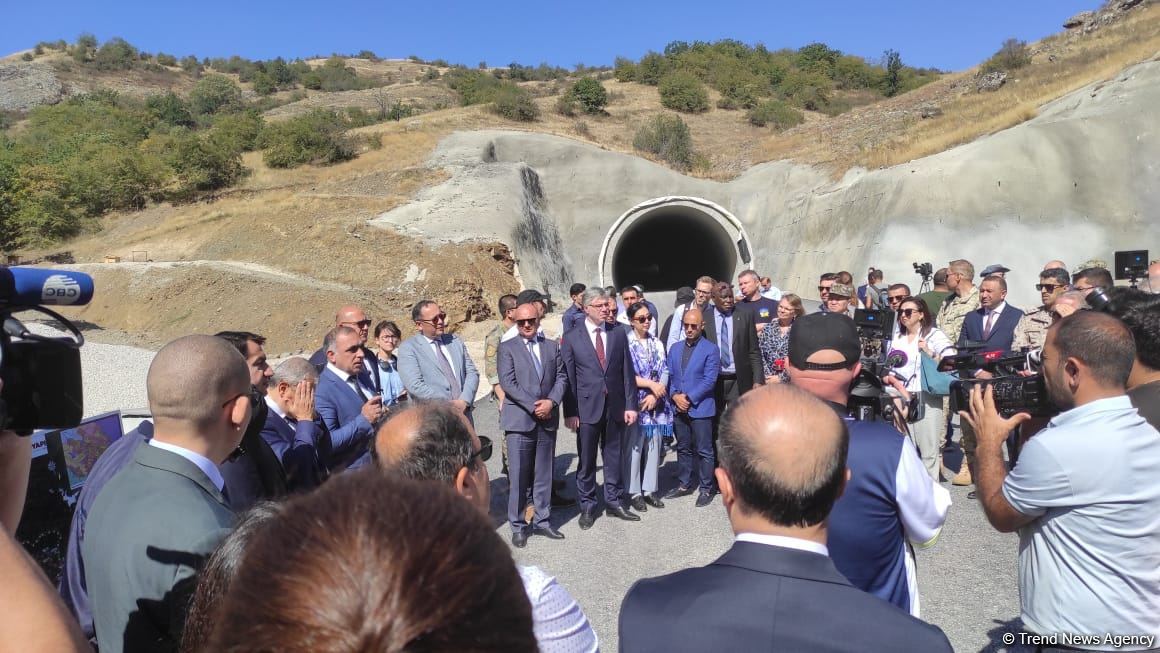 SHUSHA, Azerbaijan, August 27. Representatives of the diplomatic corps, accredited on a resident basis in Azerbaijan, inspected the tunnel on the Ahmadbayli-Fuzuli-Shusha highway, the construction of which is nearing completion, Trend reports.

Huseynov noted that the construction of the road began soon after the liberation of Shusha city.

"The State Agency of Azerbaijan Automobile Roads is implementing 18 major projects in the liberated territories. These projects will play an important role in the socio-economic development of the region," he added.

During the visit, representatives of the diplomatic corps and the military will take part in a conference on the work and plans for the restoration and reconstruction of the liberated territories, the use of the potential of urban development in the post-conflict period, as well as the possibilities of international cooperation in general.

The diplomats accredited in Azerbaijan on a non-resident basis visited the liberated territories on August 26.

More than 100 diplomats and military representatives from more than 60 countries and 19 international organizations are participating in the trip.