China believes that unrest in Kazakhstan supported by external forces 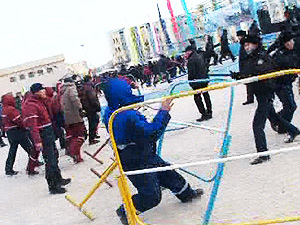 China condemns the riots and is ready to provide the necessary assistance to maintain stability in Kazakhstan, Kazakh edition of Liter published, referring to the Director of Eurasia, Foreign Minister Zhang Hanhuy says.

"We are monitoring the situation in Zhanaozen. We have heartache when such things happen in our neighbouring country. I want to assure you that we strongly support the efforts of the President and the Government of Kazakhstan to maintain peace and stability in their country.

We categorically oppose intervention in the internal affairs of Kazakhstan. China is ready to render any assistance: moral, material, if it is necessary," the Chinese politician said.

Unrest occurred in the city Zhanaozen, which killed 14 people and injured dozens. As many as 46 buildings were burned down, property of individuals and legal entities were destroyed and cars were burned in the town on December 16. Kazakh President Nursultan Nazarbayev declared a state of emergency the following day.

The Chinese politician noted that in order to avoid provocations around the oil topic, which are widely used in Kazakhstan now, the Chinese companies engaged in oil and gas sector are tightly focused on dealing with socio-economic problems before they occur.

"We have no assets in Zhanaozen, the Chinese joint venture operates in Aktau, but there is a tough directive from the Chinese government on how to run our business strictly down to the slightest nuance correspond to the law in Kazakhstan and maintain a close relationship with local authorities.

"Kazakh has a very good organisation of labour and wages in the Chinese companies. There are many provocations on oil companies in Kazakhstan. There are a lot of rumours for example that the Chinese company fired a lot of oil industry workers. It is not true and cannot be true. "The director of Eurasia, Foreign Ministry of China said.

Mr. Zhang noted that some countries outside the region interfere in our affairs under various pretexts, the so-called human rights, democracy and so forth from time to time.

"The only result of such care is the chaos, the destruction of stability. See what's happening in the Middle East and North Africa where armed people overthrew a legitimate government. And what did it give to the people, except the victims, disorder, poverty and chaos? Nothing! "Mr Zhang said.

The Foreign Ministry of China stressed the need to intensify joint opposition to modern challenges on the security and stability in the region within existing unions. 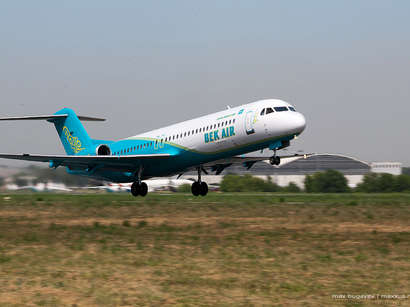