Society Materials 17 March 2015 11:58 (UTC +04:00)
The volume of water input to Iran ’s northwestern Urmia Lake has been decreased by 100 percent in past two decades, Masoud Tajrishi, an official with the National Committee for Lake Urmia Restoration said. 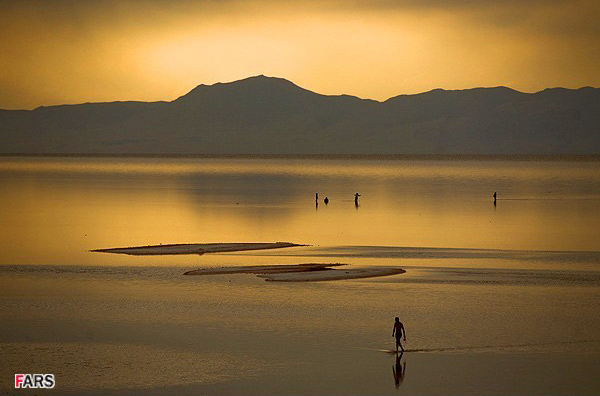 The volume of water input to Iran 's northwestern Urmia Lake has been decreased by 100 percent in past two decades, Masoud Tajrishi, an official with the National Committee for Lake Urmia Restoration said.

Lake Urmia's area is about 6,000 square kilometers. The lake has already dried up by 90 percent. The level of water in the Lake Urmia started decreasing in 1995.

Currently, the water level in the lake stands at 1274 meters , Tajrishi said. "Each liter of water in the lake contains around 250 grams of salt."

Reduction of almost 17 percent of the catchments area and increasing the under cultivation area around the sea as well as the temperature increase by two degrees Celsius are the main factors behind the decline of the lake's water, Tajrishi explained.

The amount of solar radiation in the region has increased 4.5 times as a result of the lake's water level decline, he said, adding the issue can lead to an increase in various health problems such as cataracts and cancer as well as infectious and respiratory diseases.

Iranian president Hassan Rouhani set up the working group -Committee for Urmia Lake Restoration- for saving Lake Urmia in the first cabinet meeting in 2013.The committee prepared a 9-year plan to restore the lake, with 2023 being the year when the lake would have been completely restored.

The proposal suggests some measures on reduction of water consumption in the agriculture sector as well as transferring water from other regions into the lake.