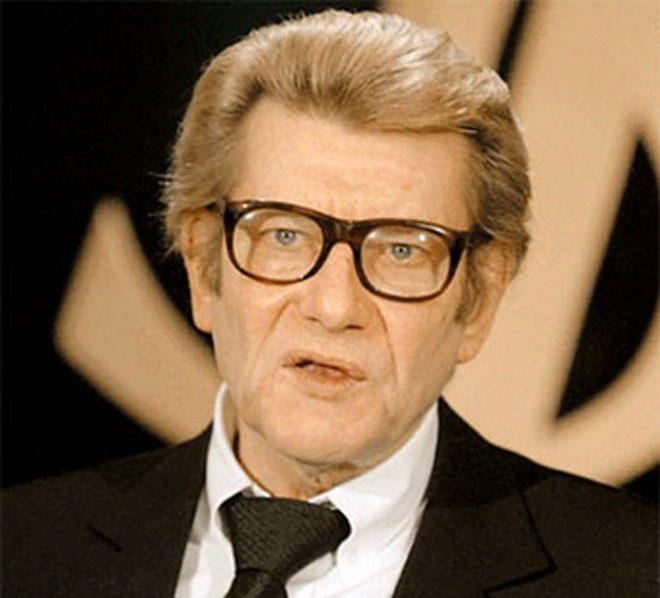 Saint Laurent died on Sunday (01Jun08) following a long illness, according to the Pierre-Berg-Saint Laurent Foundation.

The fashion maestro retired from haute couture in 2002, after four decades at the top of his trade.

Saint Laurent launched his fashion career after taking over the Christian Dior fashion house following the death of its founder in 1957. But he was soon conscripted to serve in the French army during the Algerian War of Independence where he suffered a mental breakdown. He was institutionalized in a French mental hospital at the age of 22.

Upon his release from hospital, he founded his own company.

Saint Laurent went on to dominate the 1960s fashion market and was the first designer to use black models on the catwalk. Last week (ends30May08), Naomi Campbell - who first worked with Saint Laurent in the 1990s - signed a comeback deal to front the company's autumn/winter 2008 campaign.

In 1983, he became the first living fashion designer to be honored by the Metropolitan Museum of Art and in 2001 he was awarded the rank of Commander of the Legion d'Honneur by former French president Jacques Chirac .

In his latter years, Saint Laurent - who came out as gay in 1991 - became a recluse and spent much of his time at his house in Marrakech, Morocco.