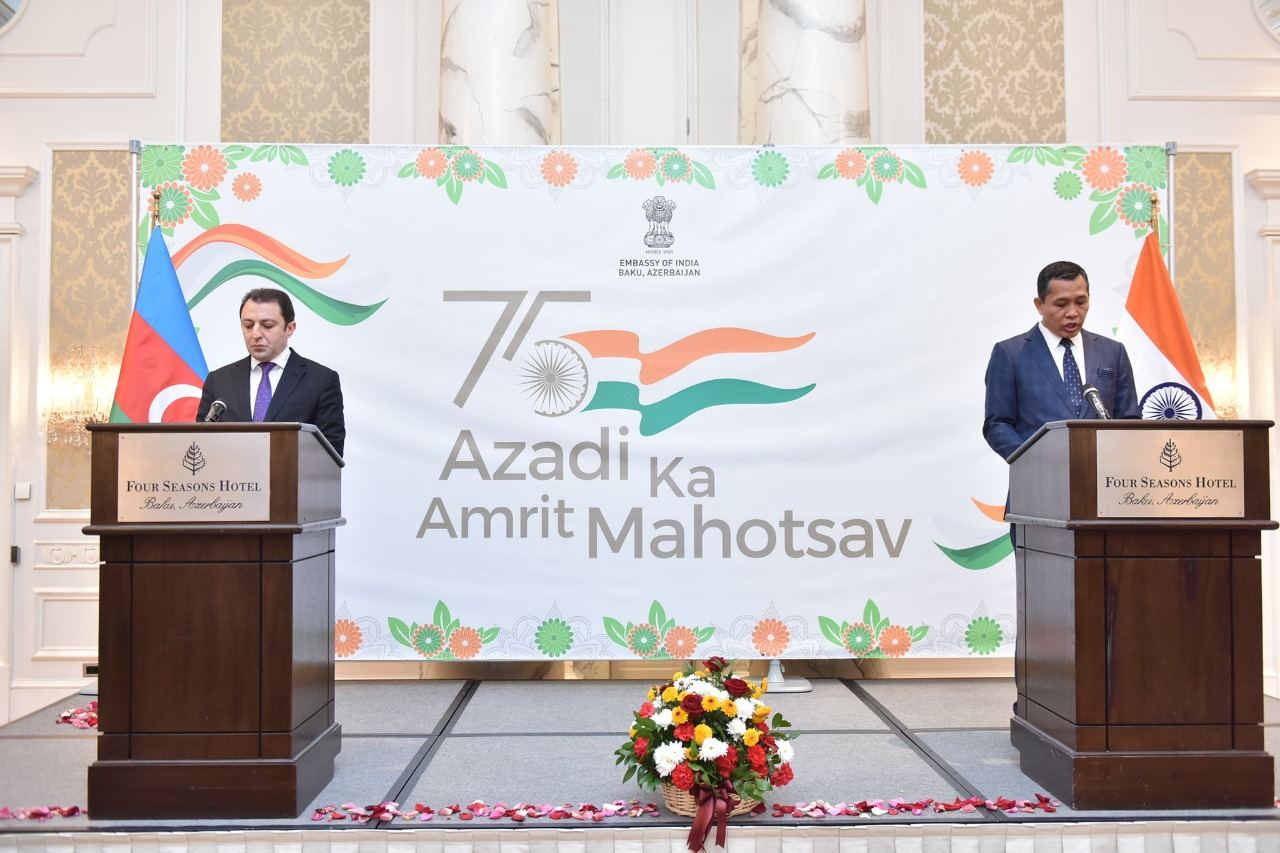 Embassy of India in Baku celebrated the 73rd Republic Day of India on 26th January 2022. In the morning, Ambassador of India to the Republic of Azerbaijan Mr. B. Vanlalvawna unfurled the national flag at the Chancery premises, followed by singing of Indian national anthem. Ambassador read out the address to the Nation by the President of India on the eve of Republic Day. During his speech, Ambassador highlighted the various events being organized by the Embassy as part of the 75th Year of India’s Independence as “Azadi ka Amrit Mahotsav”, 125th Birth Anniversary of one of the most prominent leaders of Indian freedom struggle ‘Netaji Subhas Chandra Bose’ as well as the blood donation drive being organized by the Embassy on 28th January 2022 from 1300 hrs to 1800 hrs at Hind Hospital, Baku in partnership with Indian Diaspora associations and Hind Clinic.

Later in the evening, Ambassador hosted a Reception at Four Seasons Hotel in Baku, which was attended by Azerbaijani Government officials, members of diplomatic corps, media representatives and members of the Indian community. H.E. Mr. Elnur Mammadov, Deputy Foreign Minister of the Republic of Azerbaijan participated in the event as Chief Guest.

In his welcome address, Ambassador underscored the strong economic growth in India, reinstating itself as the fastest growing large economy in the world again. Emphasizing the warm and deep historical and civilisational ties between India and Azerbaijan, he stated that despite the pandemic, the business communities of the two countries continued to engage and interact and in the past few months, trade chambers representing sectors including Information Technology, electronics, textiles, pharmaceuticals, ceramics tiles, transport & logistics, engineering goods etc. met both in the virtual and hybrid format. These engagements enabled the bilateral trade to resume its growth trajectory registering US$ 730 million in the first 11 months of 2021 with a 38% growth as compared to the same period of previous year. India also remained an important trade partner of Azerbaijan being the 6th export destination for Azerbaijan.

During his speech, Mr. Mammadov noted the friendly relations between the two countries based on the centuries-old traditions of friendship between the peoples. He underlined the great potential for strengthening economic ties in various sectors, cooperation in International North South Transport Corridor, wide opportunities for investment, participation in joint projects, cooperation in information technology, energy, agriculture, construction, pharmaceuticals, Tourism, cultural, education and other fields. He highlighted the participation of the Indian company ONGC Videsh LTD in the agreement on joint development and production sharing of the Azeri and Chirag fields and the deep part of the Gunashli field in the Azerbaijani sector of the Caspian Sea, as well as the Baku-Tbilisi-Ceyhan Main Export Pipeline project and its significant investments in the Azerbaijan’s energy sector.

As the end, the participants enjoyed the wonderful dance performances by an Azerbaijani cultural troupe on Bollywood songs and also the Indian delicacies prepared for this special occasion. 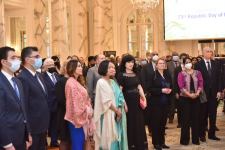