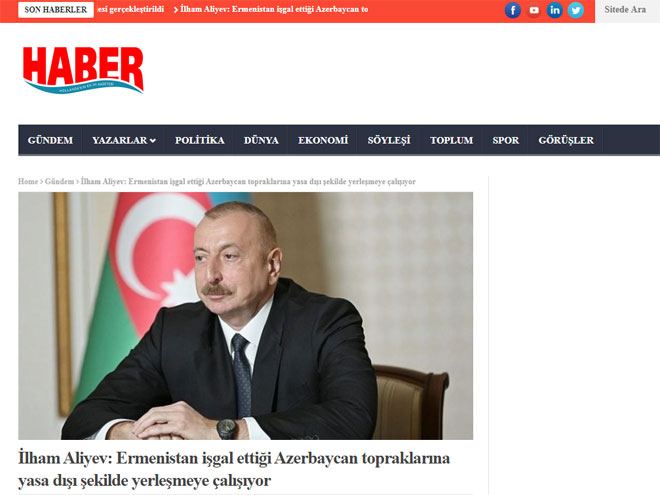 The article, authors of which are Coordinator of the Netherlands-Belgium Azerbaijanis Coordination Council Emil Aliyev and the council’s member, Chairperson of the International Club of Azerbaijani Women Kamala Jeylinova, gave detailed information that from 06:00 (GMT +4) on September 27, Armenia made an attempt to attack along the entire front-line, bombarded the settlements and military facilities of Azerbaijan, as a result of which civilians and military servicemen were killed.

The article also wrote about Azerbaijan’s adequate rebuff to the Armenian occupying forces with the aim of self-defense and liberation of its occupied lands, as well as the attitude of foreign countries to this issue, and cited "Karabakh is ours, Karabakh is Azerbaijan!" words from the appeal of the President of Azerbaijan Ilham Aliyev to the nation.