Days of Azerbaijani Culture to be held in France’s Cannes

Society Materials 14 July 2015 17:08 (UTC +04:00)
Days of Azerbaijani Culture will be held in the city of Cannes with organizational support of the Heydar Aliyev Foundation During 14 to 31July, Days of Azerbaijani Culture will be held in the French city of Cannes with organizational support of the Heydar Aliyev Foundation. Within the framework of the events, various programmes will take placeto represent Azerbaijan's culture, national and jazz music, and our art immortalizing the tradition and modernity.

Azerbaijan will participate in traditional Festival d'Art Pyrotechnique, which is to start on July 14. Azerbaijan has been represented in this Festival since 2013. This year's firework is also distinguished for its competition nature. The competition will start on July 14 with a show of the Baku Firework Group.

The show of the Baku Firework Group will be accompanied by the composition "Shabi-hijran" from "Leyli and Majnun" Opera by Azerbaijan's eminent composer Uzeir Hajibeyli, music from "A thousand and one night" Ballet by Fikret Amirov, work "Garabagh is a pear of Azerbaijan", music from "Seven Beauties" Ballet by Gara Garayev, "Gaytaghy" by Tofig Guliyev, "Azerbaijan" by Muslim Magomayev, "Sen gelmez oldun" by Alakbar Taghiyev, as well as "Azerbaijan maraly" and "Sarygelin" popular songs, and performance by eminent master of mugham Alim Gasymov. The same evening, a concert by People's Artist of Azerbaijan, garmon player Anvar Sadygov and his ensemble will take place.

On July 15, an exhibition entitled "Azerbaijani Carpets in Art" will be inaugurated in the Festivals Palace of Cannes. Here will be presented works-carpet sketches of Azerbaijani artists Latif Karimov, Vugar Muradov, Butunay Hagverdiyev and Elchin Veliyev, and modern and pop-art works and installations, of which foundation is formed by national carpet motifs. To be open to the public as of July 16, the exhibition will continue until July 31.

On July 15, another event - "Azerbaijani Music Night"- will take place in the Festivals Palace. In the concert programme, ethno-jazz pieces will be presented with participation of well-known jazz performer, pianist Emil Afrasiyab and his band, as well as masters of art of Azerbaijan.

Various banners praising Azerbaijan have alreadybeen installed in the city of Cannes in connection with the days of culture.

The Heydar Aliyev Foundation has been implementing projects in various countries in order to promote Azerbaijan's old and rich history and culture throughout the world. Having held a number of events in France and its regions, the Heydar Aliyev Foundation has been arranging Days of Azerbaijani Culture in the city of Cannes - the organizer of the most influential festivals of the world and visited by hundreds of thousands of tourists - for three years. 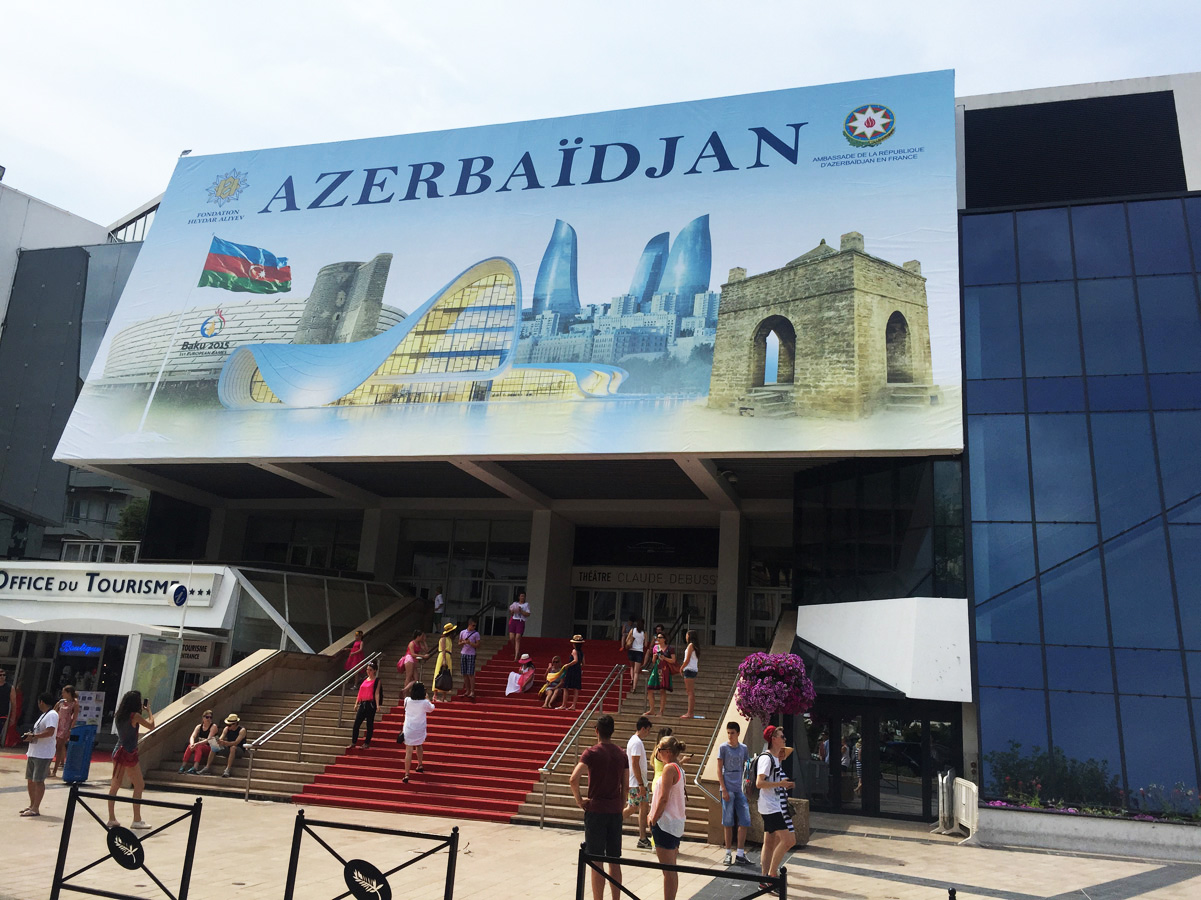