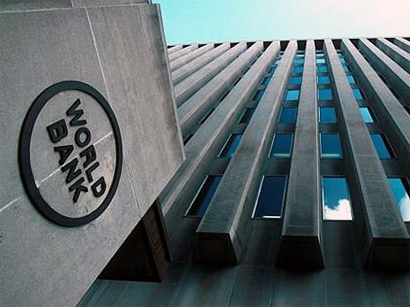 The World Bank on Tuesday said global growth would accelerate slightly as recovering oil and commodity prices ease pressures on emerging-market commodity exporters and painful recessions in Brazil and Russia come to an end, Reuters reported.

Growth in advanced economies is expected to edge up to 1.8 percent in 2017 from 1.6 percent in 2016, the World Bank said, while emerging and developing economies will see growth accelerate to 4.2 percent this year from 3.4 percent last year.

"After years of disappointing global growth, we are encouraged to see stronger economic prospects on the horizon," World Bank Group President Jim Yong Kim said in a statement. "Now is the time to take advantage of this momentum and increase investments in infrastructure and people."

However, there was considerable uncertainty surrounding the forecasts, which did not incorporate the effects of various policy proposals from U.S. President-elect Donald Trump, which are expected to include increased fiscal stimulus from tax cuts and infrastructure spending, and a more protectionist trade stance.

The World Bank forecasts 2017 U.S. growth at 2.2 percent versus 1.6 percent in 2016, but the increase could be considerably larger -- and have effects far beyond U.S. shores.

"A surge in U.S. growth -- whether due to expansionary fiscal policies or other reasons -- could provide a significant boost to the global economy," the bank said.

However, this could lead to higher interest rates and tighter financial conditions that would have adverse effects on some emerging market countries that depend heavily on external financing.

It added that lingering uncertainty over the course of U.S. economic policy could weigh on global growth by keeping investment money on the sidelines until there is more policy clarity.

India's strong growth is expected to accelerate, rising to 7.6 percent in 2017 from 7.0 percent in 2016 as reforms ease domestic supply bottlenecks and increase productivity.

World Bank ready to participate in modernization of airports in Uzbekistan
Transport 18 January 18:21