Iran, US start fresh round of nuke talks

Nuclear Program Materials 16 March 2015 12:43 (UTC +04:00)
Iranian foreign minister Mohammad Javad Zarif and his US counterpart John Kerry have started a fresh round of talks over the Islamic Republic’s nuclear program on morning, March 16. 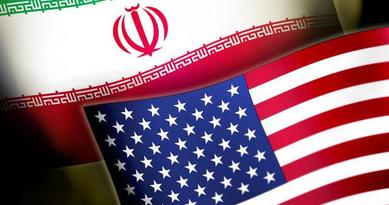 Iranian foreign minister Mohammad Javad Zarif and his US counterpart John Kerry have started a fresh round of talks over the Islamic Republic's nuclear program on morning, March 16.

Ali Akbar Salehi, the head of Iran's Atomic Energy Organization, the US Energy Secretary Ernest Moniz as well as Iran's deputy foreign ministers Abbas Araqchi and Majid Takht Ravanchi and the US Under Secretary of State Wendy Sherman are also participating in the talks, which take place in Lausanne, Switzerland, Iran's Mehr news agency reported March 16.

Iran and the P5+1 (the US, the UK, Russia, China, France and Germany) are aiming to reach a political understanding by March 31 in the run-up to a comprehensive deal by July 1 deadline.

The latest round of talks between Iran and the P5+1 was held in the Swiss town of Montreux in the first week of March.

The US and its Western allies suspect Iran of developing a nuclear weapon, something that Iran denies.