Politics Materials 3 April 2018 22:21 (UTC +04:00)
Iranian defense minister on Tuesday expressed satisfaction with the level of cooperation between Tehran and Moscow in the military field. 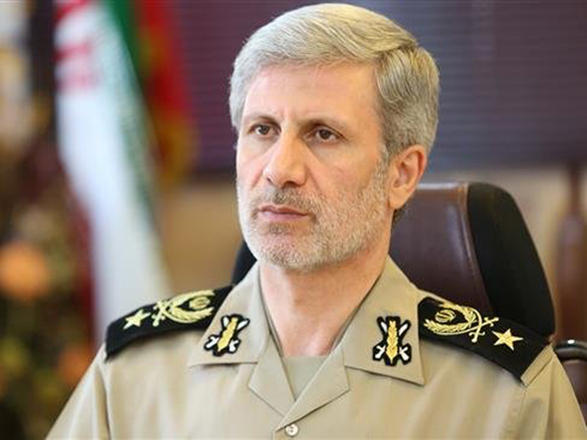 Iranian defense minister on Tuesday expressed satisfaction with the level of cooperation between Tehran and Moscow in the military field, Irna reported.

He noted that 'our cooperation for complete annihilation of terrorism in Syria would continue'.

The Russian defense minister for his part hailed the victories against terrorism in Syria and noted that there are lots of grounds for cooperation between Tehran and Moscow.

Boosting security in the region and in particular return of refugees in Syria are the main topics to be discussed, he said.

The Iranian Minister of Defense arrived in the Russian capital on Tuesday to participate at the VII Moscow Conference on International Security.

This year the Conference will focus on the defeat of terrorists in Syria. Security issues facing Europe, Asia, Africa and Latin America will also be in the spotlight of the forum.