The 28th plenary meeting of the International Association "Coordinating Council on Trans-Siberian Transportation" is being held in the capital of Kazakhstan, Nur-Sultan.

A delegation led by chairman of the Azerbaijan Railways CJSC Javid Gurbanov attends the event, Trend reports referring to the company.

A report made by Chairman of the Council, Director General of Russian Railways Oleg Belozerov entitled "Eurasian transport routes: the development of transit potential" was heard during the meeting.

Then, the participants of the event discussed the reports on the implementation of the decisions of the 27th plenary meeting of the Council, the reports of the vice-chairmen of the Council, the development of railway corridors between Asia and Europe, the practice and problems of organizing and transporting goods in container trains between Asia and Europe, the development of linear services and intermodal transportation, digitalization in transport and logistics, the introduction of intelligent systems and technologies, "Electronic Train" and "Integration Digital Platform" projects of the Council.

Moreover, the development of infrastructure and transport capacities of seaports to ensure uninterrupted organization of multimodal transportation between Europe and Asia, as well as the safety of goods which are transported between Europe and Asia, the Security Train project of the Council, electronic cargo monitoring systems, cargo insurance, cooperation of the Council with governmental, international and non-governmental non-profit organizations, as well as economic aspects of the development of Trans-Eurasian railways and multimodal transportation, their current status and prospects were discussed.

The organizational issues, including the admission of new members to the Council were also considered during the meeting. Azerbaijan Railways CJSC was admitted to the Council.

The 28th plenary meeting of the Council will continue its work tomorrow.

The declaration on the establishment of the Council was signed on November 23, 1993 in Moscow.

The main task of the Council is to coordinate the activity of freight forwarding participants in the direction between Europe and Asia to attract additional volumes of cargo to the Trans-Eurasian routes. 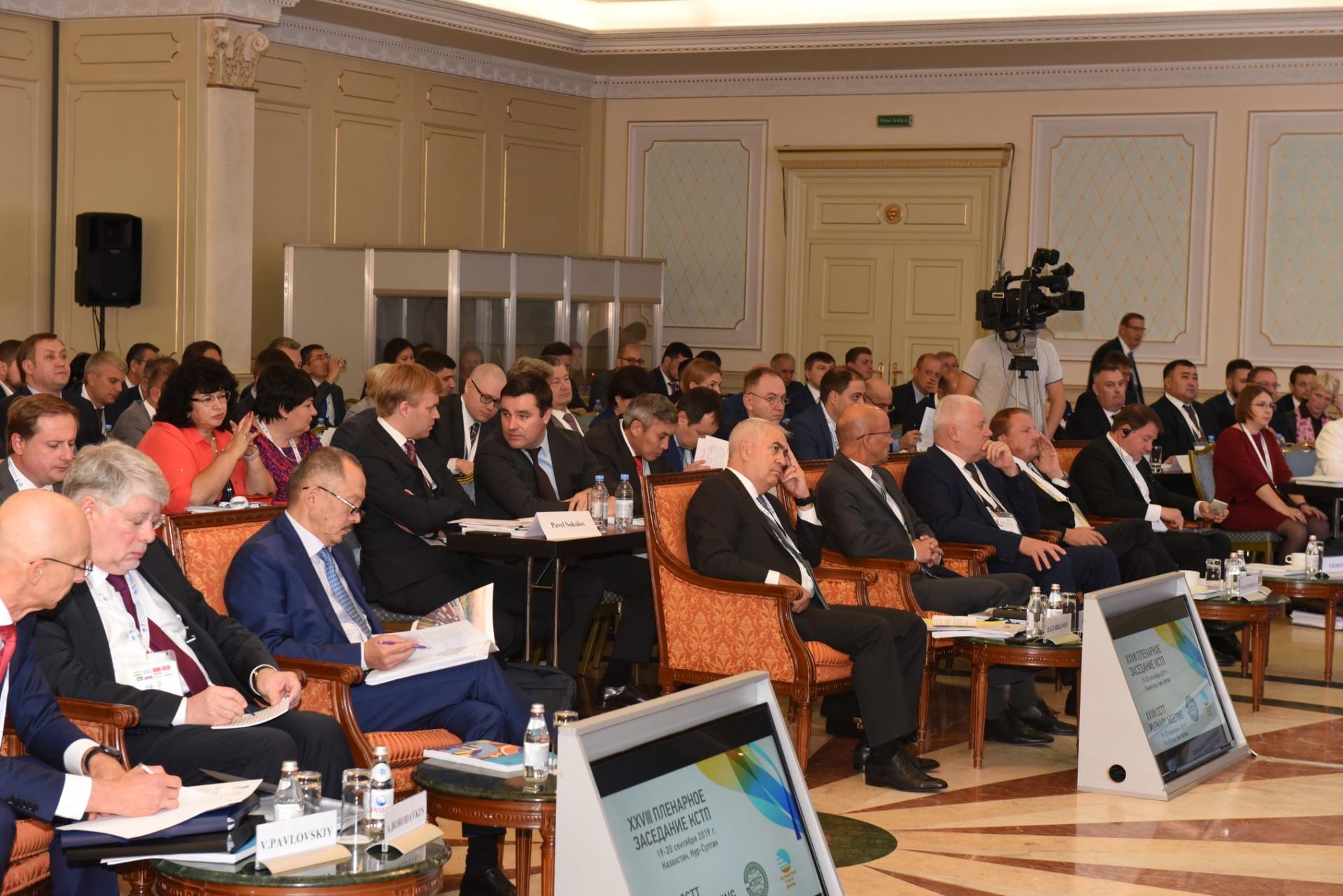