Alcazar met with Brazilian athletes who arrived in Azerbaijan for the FIG World Challenge Cup in Artistic Gymnastics.

He said that he had already visited the National Gymnastics Arena during the first European Games.

"This arena is magnificent," he said. "Everything has been organized a high level."

The diplomat said that at present, a final stage of preparation for the Rio 2016 Olympics is underway.

"It will be a great show," he said. "I think that Baku can definitely host the Olympic Games in the future."

He also expressed his admiration for Brazilian gymnast Flavia Lopes Saraiva's performance.
"Saraiva performed perfectly," he said. "She is only 16 and she has a great future. I wished her success in the final." 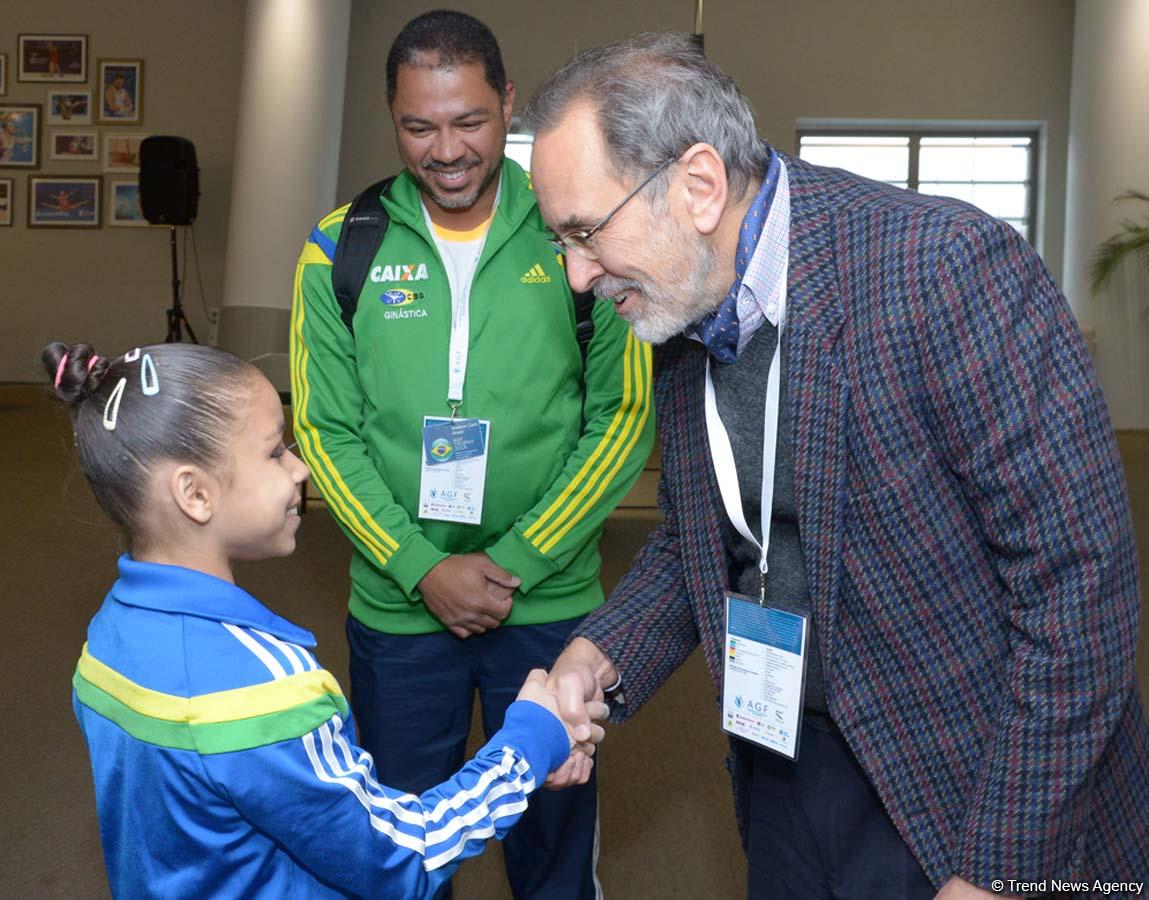