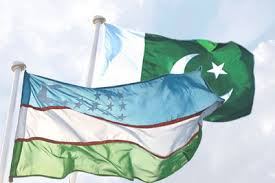 Uzbekistan and Pakistan held the first meeting of the joint working group on trade and economic issues, as well as a railway project to link the two countries, Uzbek Ministry of Investments and Foreign Trade said, Trend reports citing Xinhua.

The delegation of the two countries discussed implementation of the previously reached agreements, as well as the prospects for expanding the Uzbek-Pakistani partnership in the field of investment, trade, industrial cooperation, transport and education, it said.

"A special attention was paid to the practical aspects of the implementation of the project for the construction of the Mazar-i-Sharif-Kabul-Peshawar railway," the ministry said.

Proposed railway link through Afghanistan will have a strategic importance for further strengthening bilateral economic ties and ensuring sustainable development of the Central Asian region, the statement said.

Uzbekistan's national rail company has built and operates a railway line to Mazar-i-Sharif town in Afghanistan, and the project aims to link it to Pakistan opening the country's sea ports for the Central Asian region.

Earlier in the day, Uzbek and Afghan foreign ministers have also discussed the proposed railway project along with bilateral relations.