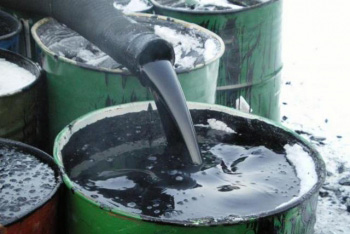 The recovery in global oil demand will disappoint expectations, with growth set to stabilize, but remaining weak,Trend reports citing the outlook released by Fitch Solutions Macro Research (a unit of Fitch Group).

The implementation of the International Maritime Organization’s (IMO) 2020 regulations will trigger a major shake-up of the marine fuels demand basket, destroying much of the global demand for high sulphur fuel oil, while boosting the call on low sulphur alternatives, according to the company.

From 1 January 2020, the limit for sulphur in fuel oil used on board ships operating outside designated emission control areas is envisaged to be reduced to 0.50 percent m/m (mass by mass). This will significantly reduce the amount of sulphur oxides emanating from ships and should have major health and environmental benefits for the world, particularly for populations living close to ports and coasts.

Fitch Solutions believes that gasoline demand will stage a recovery, but continued drags on autos sales will cap growth to believe historical averages.

"Refining capacity growth is set to peak in 2020, with over 2.5 million barrels per day due on stream. Capacity growth will dwarf the growth in the demand, putting pressure on refining margins and driving utilization lower. As the current capex cycle rolls off, the focus of investment will shift from greenfield to brownfield, as refiners seek to equip legacy facilities to meet tightening environmental policies and evolving demand for fuels," said the company.

The demand growth forecasts of Fitch Solutions sit significantly below consensus for 2020.

"Key forecasting agencies place growth in the range of 1.1-1.2 million b/d, almost 50 percent higher than the 660 b/d that our data suggest. As such, we believe market expectations for demand will be largely disappointed in 2020. The relatively lacklustre uptick in growth we forecast next year rests on several assumptions. In 2019, oil demand has faced headwinds from both the top down and bottom up. Top down, the biggest drag on growth has been the deceleration in economic activity and, relatedly, the US-China trade war," reads the report.

Fitch Solutions economists expect that economic and trade growth will broadly stabilize next year, which should put a floor under demand, but which offers little upside. "The phase one trade deal recently brokered between Washington and Beijing has somewhat improved prospects, but question marks remain about the deal’s implementation."

"A number of major consumer markets have also faced localized drags on growth in 2019, including US sanctions, popular protests, subsidy reforms and other political and regulatory changes. On balance, our country level analysts expect these drags to ease next year. That said, in few markets do we expect a major rebound. There also remains the risk that a number of these drags spill over into the coming quarters. This was aptly demonstrated by India’s ongoing economic woes, which recently triggered a 95,000 b/d downgrade in our oil demand growth forecast for 2020.

The International Maritime Organization’s 2020 sulphur cap becomes effective January 1. The cap will reduce the allowable sulphur content in marine fuels outside of emissions control areas from 3.5 percent mass-by-mass currently, to 0.5 percent. The regulation is set to trigger a major swing in marine fuels demand, away from high sulphur fuel oil (HSFO), towards low sulphur fuel oil (LSFO) and marine gas oil (MGO). The uptake of scrubbers (which allow vessels to continue burning HSFO) has accelerated rapidly in recent quarters, but is likely to represent less than 5 percent of the number of active vessels and less than 10 percent by tonnage.

"Non-compliance will likely be an issue in the initial stages and capacity for and willingness to enforce the cap will vary considerably between different flag states and port authorities. Nevertheless, we expect overall compliance will be high (8 5 percent+) and is likely to strengthen after new restrictions on the carriage of HSFO on vessels not equipped with scrubber capacity come into force in March 2020."