Mass brawl breaks out between servicemen in Turkey 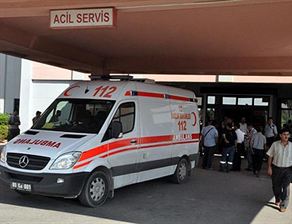 A mass brawl broke out between servicemen at barracks in the Turkish province of Manisa, the Turkish newspaper Yenisafak reported today.

According to the newspaper, six servicemen were injured and one is in a critical condition.

After the incident, some servicemen tried to leave the military base, but were stopped by local police.

The reasons are currently being clarified and a criminal case has been filed.