QS Official: “Inform us about your achievements and innovations, we’ll introduce you to the world” (PHOTO) 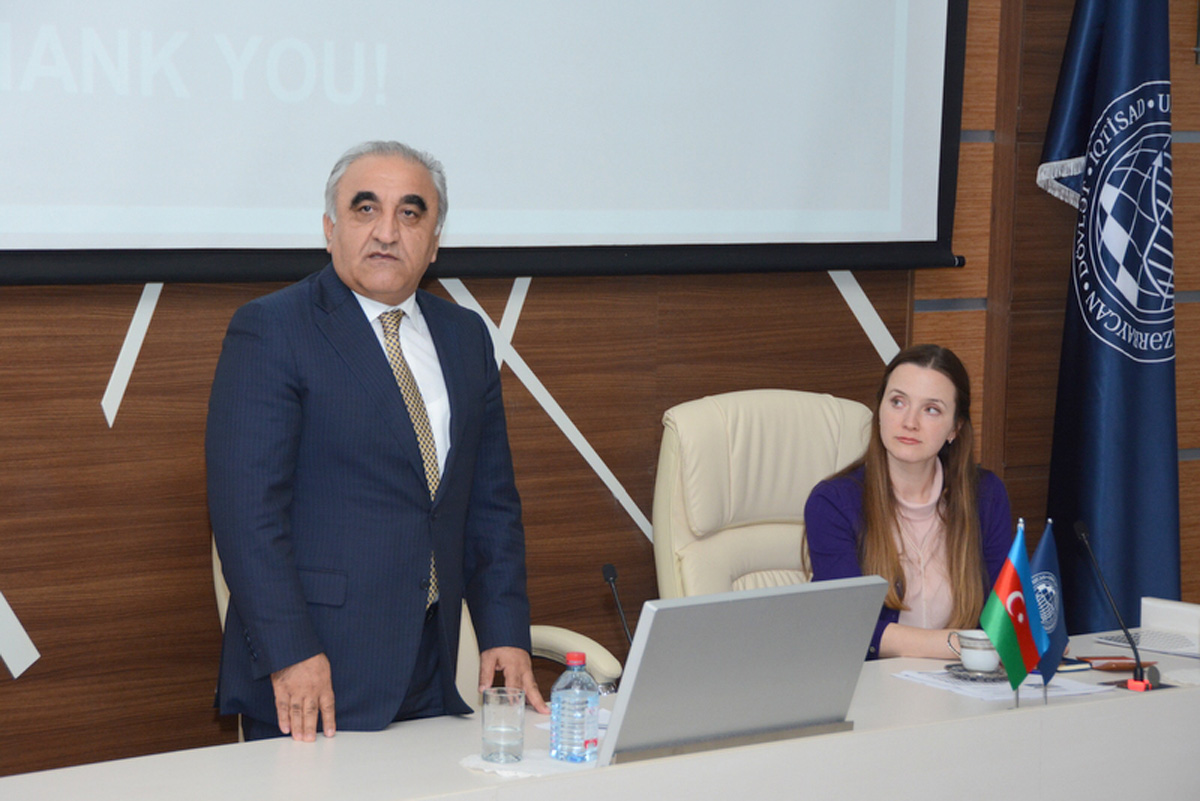 UNEC Rector, Professor Adalat Muradov spoke about the goals of the University during the event attended by the representatives of the county's leading universities. Rector has delivered the information about the innovations applied in the university, speaking about UNEC's integration to the world education system. Saying that our target is to see UNEC among the world- class universities noted that they pretend to be in line with QS World University Ranking.

Z. Zaytseva congratulated UNEC on the occasion of being the first among the universities of Azerbaijan in accordance with the Webometrics' Ranking. She noted that UNEC has enough students and teaching staff potential to be listed in QS Ranking. Zaytseva has also highly evaluated the official webpage of the university.

Then the guest has delivered the detailed information about the necessary requirements and conditions for the universities to be included into the QS Ranking making a presentation on "World Universities Ranking". She said, QS Ranking is determined in accordance with the academic influence, ration between the teaching and student staffs, impact factors, the number of international articles, prestige of recruiters and the effectiveness of Internet resources.

Noting Azerbaijan's higher educational institutions to have enough scientific potential for being included into the World Universities Ranking, Ms. Zaytseva said she is ready to support the country's universities in this direction. Simply, universities should properly present the work done to be listed in the international ranking: "Inform us about your achievements and innovations, we'll introduce you to the world".

Holding the Press Conference, Z. Zaytseva noted that they have exchanged views about Azerbaijan universities' place in rating list during the conversation with the Education Minister Mikayil Jabbarov.