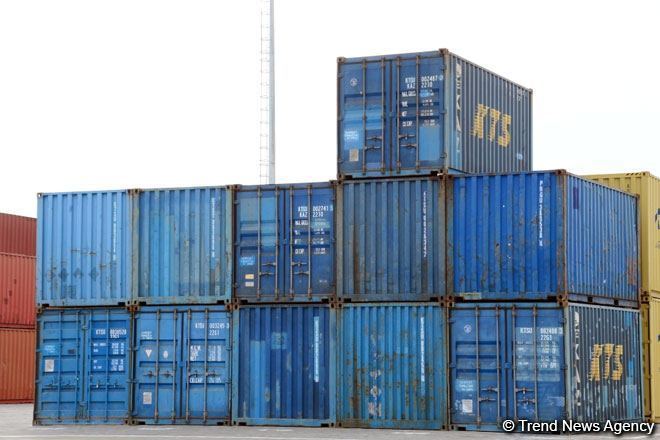 From January through August 2020, the foreign trade turnover (FTT) of Uzbekistan reached $24.54 billion, which, compared to the same period last year, decreased by $3.55 billion, Trend reports referring to the State Statistics Committee of Uzbekistan.

Today Uzbekistan carries out trade relations with more than 160 countries of the world. The largest volume of foreign trade turnover was recorded with the People's Republic of China (PRC) (16.4 percent), the Russian (14.6 percent), Kazakhstan (7.2 percent), the Republic of Korea (5.9 percent), Turkey (five percent), Kyrgyzstan (2.3 percent) and Germany (two percent).

In recent years, there have been significant changes in the FTT with neighboring states such as Kazakhstan and Kyrgyzstan. Among the 20 large partner countries in foreign economic activity, there is also an active foreign trade balance with four countries, in particular with such countries as Afghanistan ($461.8 million), Kyrgyzstan ($394.5 million), Tajikistan ($193 million), and Iran ($40 million).

From January through August 2020, the total number of exporting entities amounted to 5,140 units. This ensured the increase in the volume of exports, excluding special exports, to $5.8 billion.

In the structure of exports, 88.7 percent are goods, which mainly fall on industrial products (15 percent), food products and live animals (6.8 percent), chemicals, and similar products (4.6 percent).

Our main partners in the export of goods and services to the FTT in January through August 2020 were such countries as China (10.3 percent of total exports), Russian Federation (eight percent), Turkey (4.8 percent), Kazakhstan (4.8 percent), Kyrgyzstan (4.1 percent), Afghanistan (four percent) and Tajikistan (2.2 percent). Their share in the total export volume reached 38.2 percent.

The main share in the structure of imports is occupied by machinery and transport equipment (37.8 percent), manufactured goods (17.1 percent), as well as chemicals and similar products (13.8 percent).

The decrease in the volume of imports of food products and live animals is due to sugar, sugar products, and honey (by 9.4 percent).

There is also a decrease in the volume of imports for manufactured goods, metal products (by 29.9 percent), products from nonmetallic minerals (by 28.9 percent).

In general, from January through August 2020, goods and services from 137 countries were imported to Uzbekistan. A third of imports ($9.48 billion) falls on such large partner countries as the PRC (share in the total volume of imports 22 percent), the Russian Federation (20.5 percent), the Republic of Korea (11 percent), Kazakhstan (9.4 percent), Turkey (5.2 percent), Germany (3.4 percent) and Lithuania (1.9 percent).