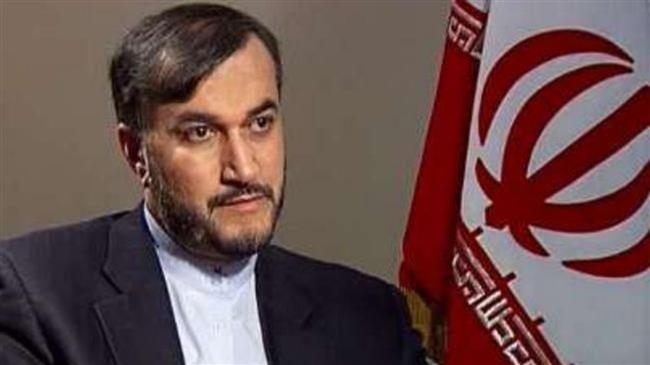 He also rejected the information about the direct involvement of Iranian military forces in Syrian civil war.

"The Islamic Republic has no combat troops in Syria, but we will definitely boost our advisory aid for combating terrorism, and will make more efforts," Amir Abdollahian said, Iran's Fars news agency reported.

The top Iranian diplomat further noted that Tehran has dispatched military advisors to Syria and Iraq at the request of the governments of the two countries.

Tehran has always expressed support for the government of the Syrian President Bashar al-Assad.

The Islamic Republic views the Syrian regime as its main strategic ally in the region and as a part of an "axis of resistance" against Israel.

Western countries accuse Iran of running military operations in Syria, but Tehran denies the accusations. Iranian officials have repeatedly stressed that they only provide military consultation to the Syrian forces.

A US official said Oct. 16 that as many as 2,000 Iranian and Iran-backed forces are currently in Syria helping regime troops in an offensive near Aleppo that is being coordinated with Russia.

The official defined those forces as consisting of Iranians including Quds special forces, Iranian-funded proxies and Lebanese Hezbollah, noting it was difficult to determine a precise number of fighters.

Colonel Pat Ryder, the spokesman for the US military's Central Command, also said there were clear "indications" Iranian forces were in Syria.

"We have seen where Iranian forces are cooperating with Syrian regime forces," Ryder said.

Prices of some foodstuffs soar in Iran
Business 18:13