Austria's ambassador to France will be next foreign minister -spokeswoman Austria's ambassador to France, Michael Linhart, will succeed Alexander Schallenberg as foreign minister after Schallenberg has been designated to become Austrian chancellor, a spokeswoman for Schallenberg said in a statement on Monday, Trend reports with reference to Reuters.

Linhart, a career diplomat who served as foreign policy adviser to a previous conservative chancellor, Wolfgang Schuessel, will be sworn in at the same ceremony as Schallenberg later on Monday at 1 p.m. (1100 GMT), the statement added. 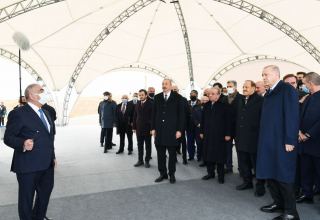