Israeli Prime Minister Benjamin Netanyahu extended the tenure of the Mossad chief to an eighth year on Sunday, a testament to the spymaster's perceived success in waging shadow wars against Iran and its allies. Meir Dagan, a former commando and retired general, took over Mossad in 2002 with what security sources described as a mandate to monitor and sabotage the Iranian nuclear program ahead of any decision by Israel to launch full-scale preemptive strikes, Reuters reported.

Mossad also has been credited with spotting an alleged Syrian nuclear reactor which Israel bombed in 2007, and with assassinating Islamist guerrillas such as Imad Moughniyah of Lebanon's Hezbollah militia, who was slain in Damascus in 2008.

"This is an excellent man who, at the head of an excellent team, has improved the country's capabilities," an aide to Netanyahu quoted him as telling the Israeli cabinet in its weekly session.

The son of Holocaust refugees, Dagan, 64, has spearheaded assessments that a nuclear-armed Iran would present a mortal threat to Israel. Iran -- which denies seeking the bomb -- could produce its first such warhead by 2014, Dagan said last week.

He also played down prospects of the current civil upheaval over Iran's disputed June 12 election leading to a change in government, but said Tehran could be persuaded to curb sensitive nuclear technologies if U.S.-led sanctions are intensified.

Failing that, Israel, which is widely assumed to have the Middle East's only nuclear arsenal, has hinted at a military option, though many analysts think Iranian sites are too dispersed and fortified for its air force to take on alone.

That leaves covert action as a stop-gap countermeasure, something Israeli officials privately confirm is under way.

Western media reports have spoken of Mossad involvement in sabotage at Iranian nuclear facilities and sneak attacks on Iranian scientists and military personnel. Iranian media have reported the disruption of some suspected Israeli spy cells.

Mossad's purview is "human intelligence" -- recruited agents with first-hand information about, and access to, enemy plans. Security sources say this has lent Dagan authority among Israeli decision-makers reluctant to design their Iran strategy around satellite pictures or electronic eavesdropping transcripts.

Mossad's headquarters, north of Tel Aviv, has almost doubled in size since 2002 -- an indication of Dagan's budgetary clout.

"If there is one service that has brought us close to knowing what's really going on in Iran, it's Mossad," said a recently retired government official, who formerly had a top post in a rival Israeli spy agency.

Israel's military top brass and civilian defense chiefs generally serve for four years, with a traditional one-year extension. Dagan's tenure was extended twice before. He is now due to step down in 2010. 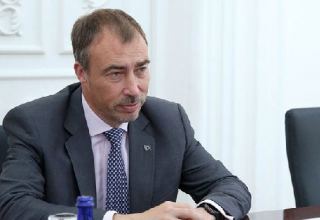