Talks in London were not easy Azeri FM

The round of talks held in London on the peaceable resolution of the Armenian-Azerbaijani conflict over Nagorno-Karabakh was not easy, the Azerbaijani Foreign Minister, Elmar Mammadyarov, said on Friday. He was commenting on the two-day consultations held in London with the Armenian FM, Vardan Oskanian and the OSCE Minsk Group co-chairs.

Tahir Tagizade, the spokesman for the Azerbaijani Foreign, told Trend that the talks were difficult enough and the same time broad. There is still principle opportunities for consideration of issues which on focus of the negotiations, he said quoting Mammadyarov.

Tagizade noted the next meeting of the Armenia and Azerbaijani Presidents, as of preliminary data, will be held in France early this February. Now the details are under development. We will publicize the exact date and place of the meeting as soon as it is defined, he added.

Tagizade stated on the absence of information concerning the reports by the Russia daily Novoye Vremya, which writes that the presidents of Azerbaijan and Armenia will meet in Paris on 10 February 2006. 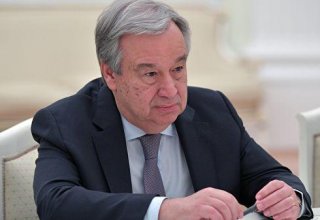