Politics Materials 1 June 2010 13:11
Trafficking, or illegal trade in human beings is a modern form of slavery. Trafficking victims are most often the unemployed girls and women aged from 20 to 30 years. 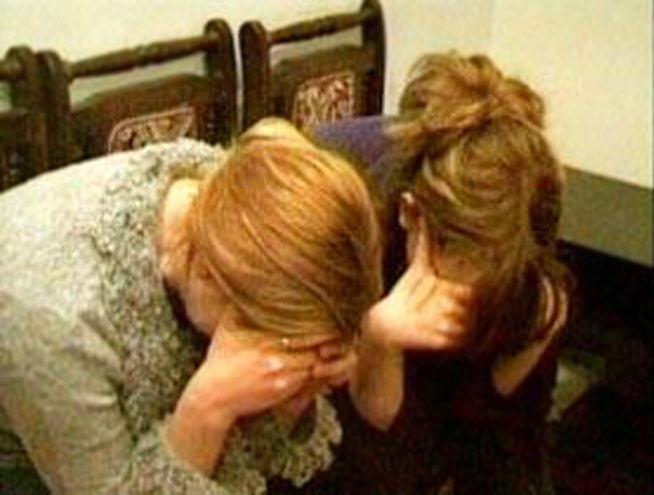 Trafficking, or illegal trade in human beings is a modern form of slavery. Trafficking victims are most often the unemployed girls and women aged from 20 to 30 years.

Moreover, Moldova established a center to combat trafficking Sept.6, 2005. "The Center comprises a large number of services involved in combating trafficking." Of all the countries in Europe, only Moldova has such a center. Its uniqueness lies in the fact that in addition to police officers, the structure includes the employees of the services of the border control, customs and the combating economic crime centre," Slavchuk said. He also noted that Moldova has signed 35 international agreements in the field of combating crime.

According to the International Organization for Migration (IOM), the main reason for massive exodus abroad of potential victims of human trafficking is the low standard of living. IOM Head in Moldova Martin Andreas said the figures on the number of victims of human trafficking in Moldova are constantly varied. "The figure was 300 people in 2005-2006, 273- in 2007, 158-2008 and 159-2009," Andreas told journalists in Chisinau.

Trafficking in women evolved in Moldova, from 1994-1995, at a time when illegal migration caused by economic crisis, inflation, increasing numbers of unemployed and lower social costs, affected the overall development of the Moldovan Migration. Illegal migration has become a natural phenomenon caused by poverty.

The most common method to eradicate this phenomenon is a mass awareness about human trafficking. Many non-governmental organizations and other centers that are working to educate young people were established to this end. The NGO "Cooperation", which seeks to prevent violations of human rights, particularly women and childrenwas established in Transdniestria in 2002. A hotline to prevent illegal migration and prevent trafficking with the assistance of NGO "Interaction" has been operating since 2006.

According to the director of the organization Oksana Alistratova, the "hot line" receives from 3 to 8 calls a day.

The calls are different: 1) preventive - a request for information on the rules of legitimate travel abroad for employment, education, marriage, visit and vacation 2) SOS-calls - requests for assistance to rescue people from bondage, or provide immediate assistance to the migrant-resident Transdniestria abroad, 3) calls for cooperation. "Working in Transdniestria - specific, because the local population has two, three and sometimes four citizenship" Alistratova told journalists.

Also the service of trust on issues of domestic violence receives a number of calls, requests for psychological assistance and social and legal support to victims. "Both adults and children call us. We fix the facts of various kinds of violence - psychological, physical, economic and sexual. Statistics show that the level of domestic violence is high, but in society there are almost no tools to protect the victims and the more minors" Alistratova said.

At present, both NGO, and international organizations are actively working to prevent human trafficking and assist victims of human trafficking. Thus, according to Andreas rehabilitation centers, so-called asylum operate in the country since 2001, as well as a national referral system was created.

According to the representative of the EU delegation in Moldova Dirk Lorenz, there is an agreement between Moldova and the EU on cooperation in the sphere of migration and now operations on implementing the agreement are underway between the EU and Chisinau.

At the same time, Lorenz emphasized the importance of further reforms and cooperation in the fight against trafficking. "We call on all forces in Moldova to cooperate in solving this common problem and, despite some progress, to continue the reforms" he said.

According to Lorenz, the EU mission supports improving the standards of border management in Moldova and Ukraine during over four and a half years

Field Office of the EUBAM also located on the border of Ukraine and Moldova. Basarabeasca Field office of the EU Mission is located in the building of the Basarabeasca Customs Office. Area of responsibility of the Field Office of Basarabeasca is approximately 300 km of border between the south-eastern Moldova and Ukraine. The field office is working with the partner agencies on both sides of the border. According to the mission head Martin Wintersberg, the mission will operate here until 2011.

In addition to the EU, the OSCE Mission in Moldova pays great attention to the trafficking problem. The mission provides assistance to Moldova in order to improve the identification of trafficking victims and vulnerable persons, as well as providing them with protection and assistance. The mission supports, thus, human rights, fundamental freedoms and the supremacy of law.

Thus, closer cooperation between the Government, international organizations, NGOs and the population led to an early solution, or at least significant changes for the better in the fight against trafficking. Also, the mass exodus of citizens outside the country could stop the improvement of living standards and greater coverage of issues in the media outlets, then people would not have to leave their homes and go to the uncertainty, which often leads them to the people who earn money on someone else's broken life.