As part of their visit to the Vatican, President of the Republic of Azerbaijan Ilham Aliyev and first lady Mehriban Aliyeva have met with Secretary of State of the Holy See Cardinal Pietro Parolin.

The head of state pointed to Pope Francis’ visit to Azerbaijan in 2016. He said that Azerbaijan actively continues its work on promoting interfaith and intercultural dialogue. Saying that the 2nd Summit of World Religious Leaders was held last year in Baku, President Ilham Aliyev recalled that a representative of the Vatican also attended the event.

The head of state hailed mutual understanding among the ethnic groups and religions in Azerbaijan, saying that the representatives of different religions live together in peace in the country. President Ilham Aliyev emphasized that inter-religious and intercultural dialogue and multiculturalism will be a priority during Azerbaijan's chairmanship in the Non-Aligned Movement in 2019-2022.

Cardinal Pietro Parolin underlined that Azerbaijan and the Vatican enjoy particular relations. He recalled Pope John Paul II’s and Pope Francis’ visits to Azerbaijan. He emphasized the strengthening of intercultural dialogue, multiculturalism, as well as harmony among Muslims, Christians and Jews in the Republic of Azerbaijan under the leadership of President Ilham Aliyev. Pietro Parolin praised the fact that Azerbaijan attaches great importance to multilateralism in international relations. He also hailed the conditions created for the functioning of the Catholic Church in Azerbaijan.

President Ilham Aliyev reiterated Azerbaijan’s position on the Armenia-Azerbaijan Nagorno-Karabakh conflict, saying that Armenia pursues a destructive policy in the region. The head of state said that the Armenian side was making contradictory statements that could disrupt the negotiation process, and stressed that the conflict should be solved in accordance with the norms and principles of international law, the provisions of the Helsinki Final Act, within the territorial integrity of Azerbaijan.

The role of Azerbaijan in the region and its relations with the neighboring countries were positively assessed at the meeting. 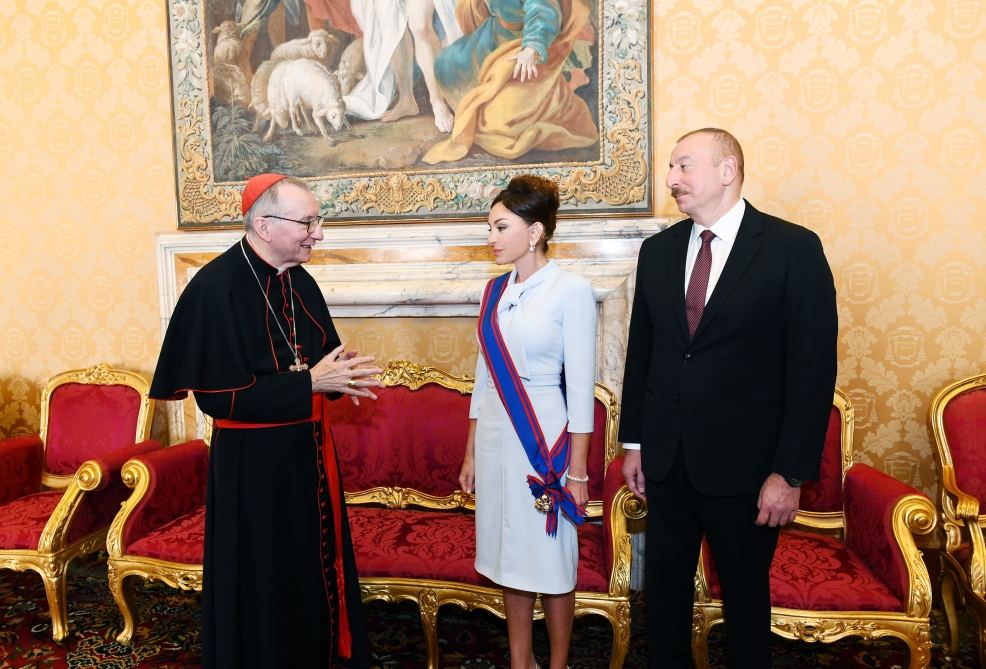 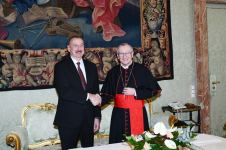