The proclamation of 2022 "The Year of Shusha City" by President of Azerbaijan Ilham Aliyev will be engraved in the golden chronicle of the country's glorious history, Beyimkhanym Javanshirova-Verdiyeva, head of the Khan Shushinsky Foundation told Trend.

Verdieva is the daughter of the legendary Azerbaijani mugam performer Khan Shushinsky (Isfandiyar Aslan oglu Javanshir), a direct descendant of Panah Ali khan Javanshir, the founder and ruler of the Karabakh khanate.

"I congratulate all Azerbaijanis around the world on this joyous occasion! I convey my sincere gratitude to the President of Azerbaijan Ilham Aliyev, on behalf of the people of Karabakh and Shusha! I bow to the bright memory of the martyrs and wish for the recovery of those wounded during the war. It is a wonderful joy that in 2022 we will celebrate the 270th anniversary of the Shusha city, wihich was liberated after almost 30 years of occupation," she said.

Verdiyeva said this year will be marked by both bright and solemn events: festivals, concerts, contests, exhibitions, creative projects, poetry evenings, anniversaries, and the presentation of the entire spectrum of Azerbaijan's old culture and art. Also, frequent visits, inclduing foreign guests, will be organized to Shusha.

"Shusha will be soon restored after being extensively destroyed by Armenian vandals during the occupation. After all of the restoration work is completed, the city, which is attractive in both nature and architecture, will become a tourist destination, attracting visitors from all over the world. I have been to Shusha twice after the city's liberation, visiting my father's damaged house, which, like the rest of the city's monuments and architecture, will be restored. We have seen the pace at which the city and historical sites have been restored over the last year, and life is returning to the city, and the day is not far away when all Shusha residents will return to their homes," Verdiyeva noted. She noted the fact that Shusha has been designated as Azerbaijan's cultural capital is noteworthy, since the city has long been known as a musical treasure and glorified the country thanks to its inexhaustible storehouse of talents.

"When my great-great-grandfather Panahali Khan founded Shusha in 1752, he brought together the brightest and most prominent masters of his time. Outstanding poets, writers, performers, musicians, carpet weavers, architects, masters of arts, scientists and educators lived and worked there. They were not just true masters, but also great people, so naturally such roots beared great fruits," she said.

"It is heartening to note that my father Khan Shushinsky's 120th birthday anniversary was honored at the highest level last year. His work "Şuşanın dağları başı dumanlı" (The peaks of Shusha mountains are covered with fog), as well as "Qarabağ şikəstəsi" (one of the rhythmic Azerbaijani mughams) became symbols and a kind of anthem of Shusha and Karabakh. Furthermore, I believe Shusha was not only the Caucasus conservatory, but the conservatory of the entire East, because every courtyard, street, and house breathed and lived with creativity and creation," Verdiyeva said.

The head of the Khan Shushinsky Foundation, said that Shusha, thanks to the richness of cultural and historical monuments, not only Azerbaijani, but also of global significance, received the status of a city-reserve back in Soviet times in 1977, on the initiative of the Heydar Aliyev. The creative work acquired a wide scope, house-museums of the great figures of Azerbaijani culture and art - Uzeyir Hajibeyov, Khurshudbanu Natavan and Bulbul, have been built, the mausoleum of the outstanding poet Molla Panakh Vagif has been built, significant projects have been implemented, and festivals have been held.

"As you know, the great leader Heydar Aliyev and prominent public and cultural figures took part in the grand opening of the Vagif Mausoleum in Shusha on January 14, 1982. It was a significant event in the Soviet years, when the authorities tried to consign our history to oblivion. Molla Panah Vagif, on the other hand, was the vizier of the Karabakh Khanate. He was not only a wonderful poet, but also a great statesman and diplomat, and he helped build numerous facilities in Shusha. And the building of this tomb, as well as the holding of the Days of Vagif Poetry with the involvement of renowned representatives from all across the USSR, were not by chance," she said.

"Heydar Aliyev, the great leader, wanted to show everyone the greatness of the Karabakh land and leave a legacy of this holy land to future generations. And following the behests of his father, President of Azerbaijan Ilham Aliyev not only liberated Karabakh from the invaders, but also ordered that the destroyed Mausoleum of Vagif be restored and the Days of Vagif poetry be held in Shusha. President Ilham Aliyev, with his wise and far-sighted policy, love and care for the people, and as a victorious commander-in-chief inscribed his name in golden letters in the golden chronicle of Azerbaijan," Verdiyeva said.

"I would like to highlight the role of Mehriban Aliyeva, First Vice-President of Azerbaijan and President of the Heydar Aliyev Foundation, in caring for and paying attention to national heritage, culture and art, mugam, creative personalities, the restoration work done in Karabakh, the promotion of our art throughout the world, and the upbringing of the younger generation in a patriotic spirit, based on high moral values, ” the head of the Khan Shushinsky Foundation stated. 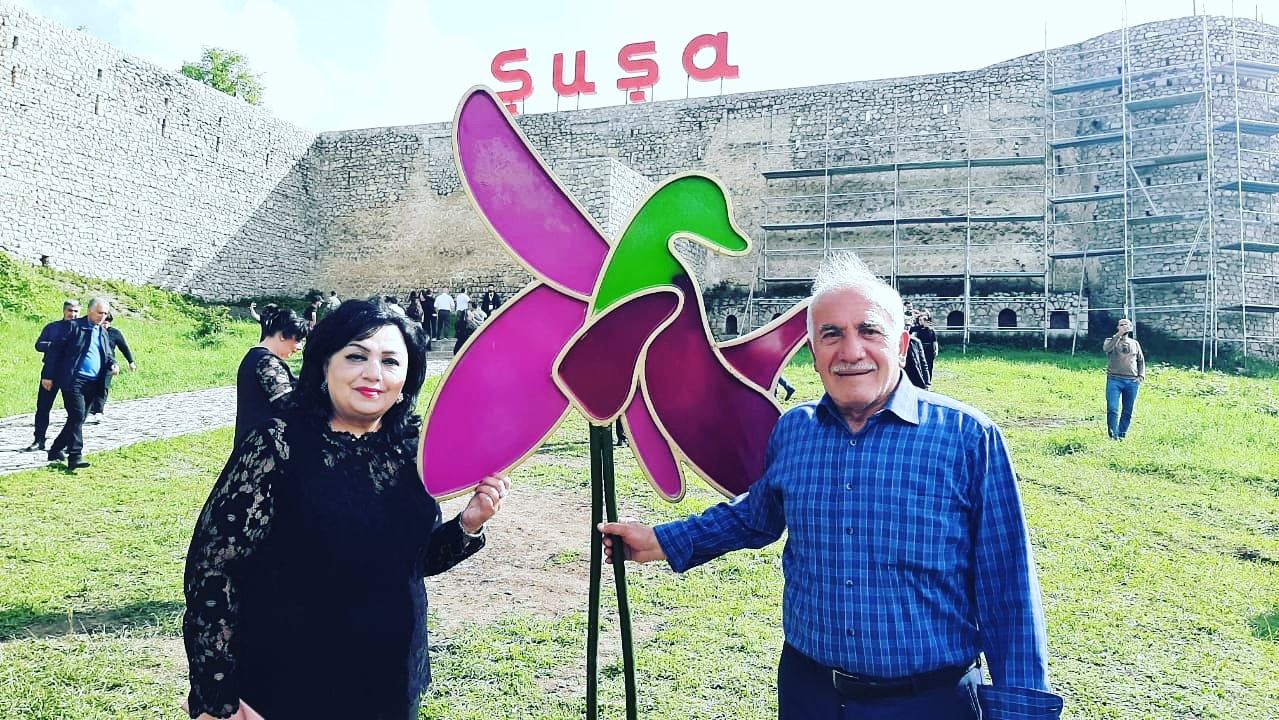