The high price of oil will continue until the end of March 2008, the president of OPEC said Saturday.

"The surge in price will probably endure until the end of the first quarter of 2008, before stabilising during the second quarter," the Algerian Energy Minister Chakib Khelil -- who is also OPEC leader -- said on the sidelines of a conference on the security of hydrocarbon pipelines in the Algerian capital.

He blamed the current surge in the price of crude on the international markets on the tensions in Pakistan, escalating violence in Nigeria -- Africa's largest producer -- and the reduction in US stocks of crude.

Khelil estimated that the oil market is currently "sufficiently supplied" but did not rule out an increase in production by the cartel at its next meeting in February.

That meeting will take place in Vienna on February 1. It will closely study predictions for world economic growth, notably in the US, which has been seriously affected by the credit squeeze from the sub-prime mortgage crisis.

"If a US economic recession takes hold, OPEC is not going to increase its current offering only to be called upon, later, to reduce it," he said.

OPEC, which currently produces 27.2 million barrels per day (bpd), accounts for about 40 percent of world oil output, the rest coming from producers who are not part of the organisation.

At the last OPEC meeting, at Abu Dhabi on December 5, OPEC decided to leave its current level of production unchanged. ( AFP ) 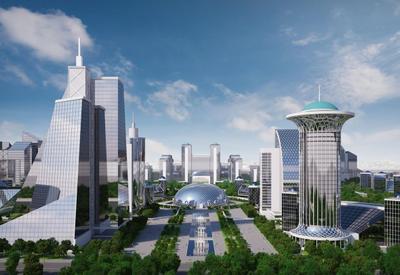