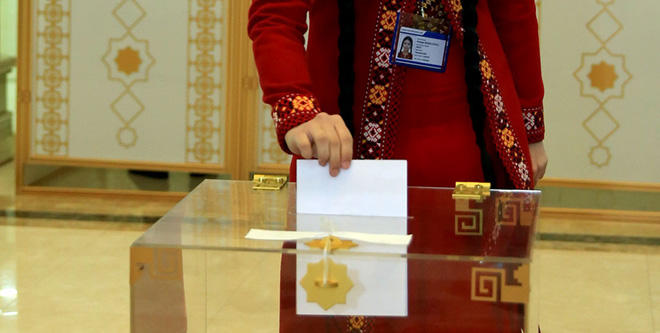 The Inter-Parliamentary Assembly of the Commonwealth of Independent States (CIS) will consider an invitation from the authorities of Turkmenistan to take part in the observation of the forthcoming early presidential election on March 12, if it is sent, said Ivan Mushket, Director of the International Institute for Monitoring the Development of Democracy, Parliamentarism and Observance of the Electoral Rights of Citizens of the IPA CIS Member States, Trend reports citing TASS.

According to him, the organization’s observers have already monitored the electoral processes in Turkmenistan in the past.

Mushket added that the organization is also ready to share with the Central Election Commission (CEC) of Turkmenistan developments in the field of improving the electoral process.

On February 11 during the extraordinary meeting of the Halk Maslakhaty (People’s Council) and Milli Gengesh (National Council) of Turkmenistan, Berdimuhamedov said that road to public administration of the country should be given to young leaders.

He instructed the CEC of Turkmenistan to start the preparations for holding early presidential elections to be scheduled for March 12.

The nomination of candidates for the country's presidential position started on February 14.