Foreign Ministry: Georgia not to restore diplomatic relations with Russia as long as its territories under occupation 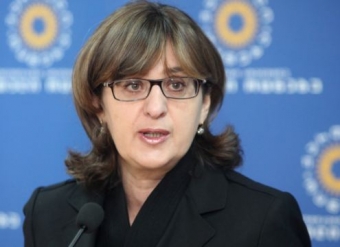 Restoration of diplomatic relations with Russia is not possible as long as 20 percent of Georgia's territories remain occupied by this country, Georgian Foreign Minister Maya Panjikidze said on air of Rustavi 2 TV channel.

She made the remarks while commenting on the statement of her Russian counterpart Sergey Lavrov, who yesterday spoke about the possibility of restoring diplomatic relations with Georgia.

"Our Russian colleagues are well aware of this; they have been repeatedly notified about our position. We do not intend to restore diplomatic relations at the expense of territorial integrity," Panjikidze said.

Panjikidze welcomed recent statements by the Russian side about the possibility of easing the visa regime with Russia, noting that it was facilitated by Georgian authorities "right policy".