Peruvian President Martin Vizcarra on Sunday proposed moving up legislative elections for Congress and ending his term a year earlier in 2020, amid his flagging effort to pass anti-corruption measures, Trend reports citing Reuters.

Vizcarra, in his traditional national holiday speech in Congress, said the proposal will be presented to Congress and must be ratified in a referendum.

The presidential term and the congressional term each last for five years and are both due to end in 2021.

“I present to Congress a constitutional reform for the advancement of general elections, which implies cutting the congressional and presidential term to July 28, 2020,” Vizcarra said.

The proposal comes after Peru’s government won a confidence vote in the country’s opposition-controlled Congress in June after Vizcarra asked for the vote as part of his effort to pressure the legislature into approving a reform package, including measures aimed at cleaning up campaign financing and curbing the immunity against prosecution enjoyed by lawmakers.

“Our bill proposed that another independent body be responsible for determining whether congressmen may or may not be tried and detained. Where is the confidence that Congress has supposedly granted us to work on anti-corruption policy?” Vizcarra said.

A business-friendly former vice president, Vizcarra took office a little over a year ago after his predecessor resigned in disgrace - one of several politicians entangled in a bribery probe involving Brazilian builder Odebrecht. 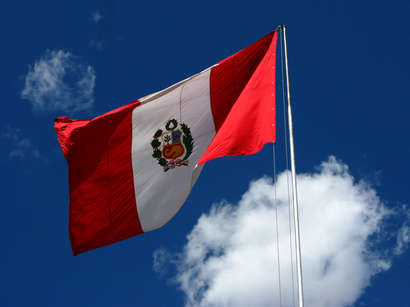