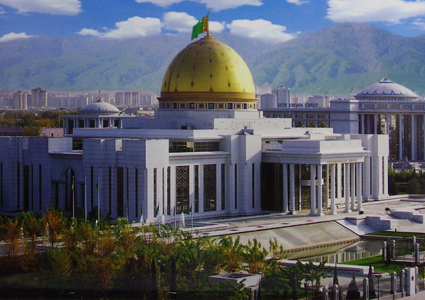 During the meeting participants will review the outcomes of the UN Secretary-General's discussions with the leaders of Central Asian States on water resources management issues in the region; exchange views on the preparation of the Aral Sea Basin Program - 3 for 2011-2015 (ASBP-3) and related donors' support; discuss possible assistance to the development of a mutually acceptable mechanism for the comprehensive use of water resources and environmental protection in Central Asia; and also get acquainted with the concept of a seminar on dispute resolution mechanisms on trans-boundary rivers to be organized by the UN Regional Center in the fall of 2010.

High level officials of the Central Asian countries and Afghanistan (as observers) will take part in the event. Senior representatives of the United Nations Agencies, European Union, Organization on Security and Cooperation in Europe, Executive Committee of the International Fund for Saving the Aral Sea, Eurasian Economic Community and other regional and international organizations will also participate in the meeting.