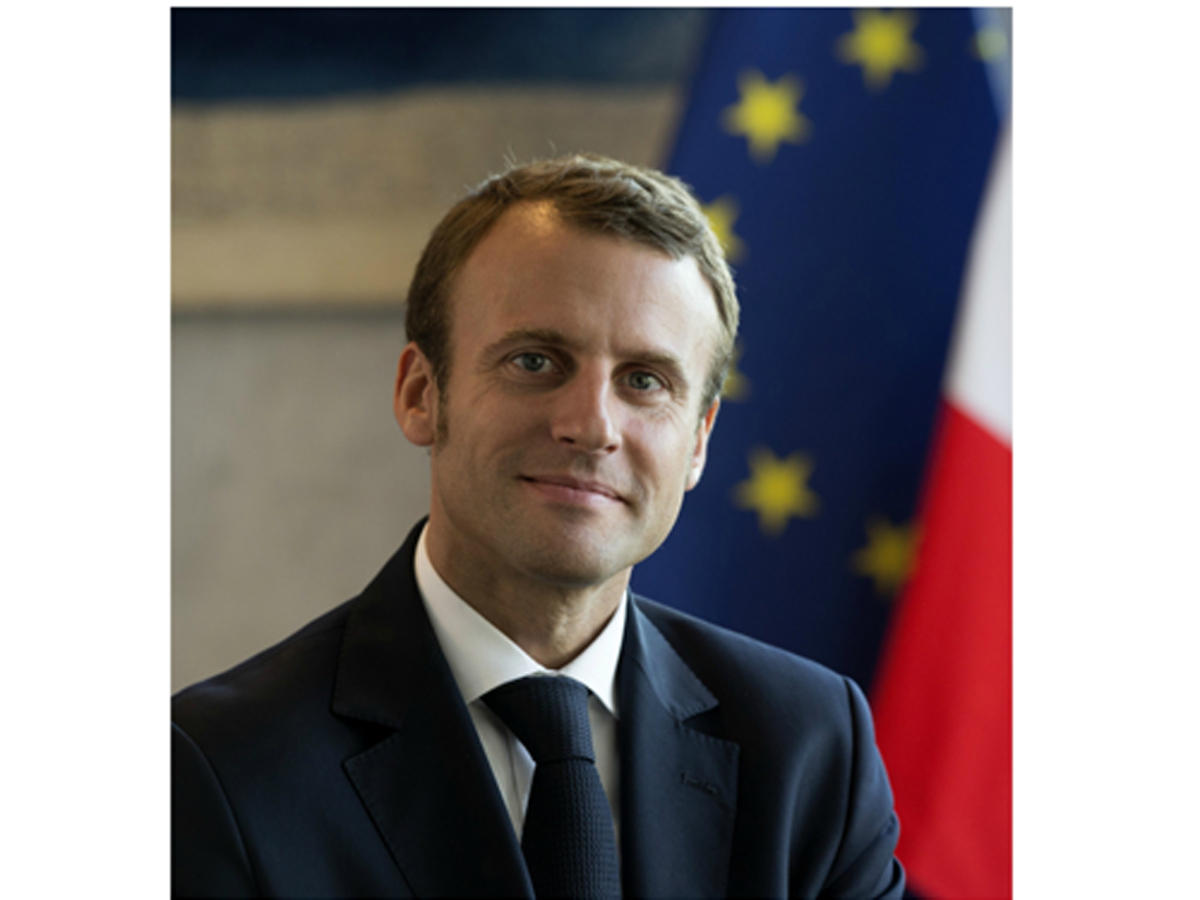 Emmanuel Macron may have ended up with a disappointing second place in the European election in France, but his battle for influence in Brussels can now begin in earnest - and he is in a stronger position to wage that fight than two years ago, reports Trend citing to Reuters

The French leader may have failed to defeat Marine Le Pen’s far-right party on Sunday - a duel Macron had played up ahead of the vote - but he now has a troop of European lawmakers he can call his own, giving him more leverage on the European stage.

“Even if he finished second behind Le Pen, Macron’s party has more chances of being in a pivotal role - even one of kingmaker - than Marine Le Pen’s party,” Manuel Lafont Rapnouil, head of the ECFR think-tank’s Paris office, told Reuters.

“Of course in terms of political capital, in terms of image, it’s not very good for Macron,” he said. “But from an institutional point of view, with this new European parliament configuration, he is now in a better position.”

Macron’s party, the pro-European Republique En Marche, was only created in 2016, which means he had no lawmakers in the European parliament until now, limiting his influence.

Having finished less than one percentage point behind Le Pen, who did less well than five years ago, he is now on course to match the far-right leader’s 23 seats in the new assembly.

That should be enough to become the biggest national contingent in the third-largest bloc in parliament, the centrist group currently known as ALDE, where Macron will now call the shots, bringing his youth and the weight of France to the fore.

As German Chancellor Angela Merkel gradually leaves the stage after almost 15 years in power, Macron is keen to take over the unofficial mantle of leader of the European project.

With the two hitherto dominant forces in the European assembly - the European Peoples’ Party (EPP) to the right and the Socialists & Democrats (S&D) on the left - short of the 376 seats needed for a majority in the European Parliament, ALDE will become crucial for any coalition.

That’s why Macron’s strategists were sanguine about “disappointing” but “honorable” results that contrasted sharply with the bruising mid-term defeats handed out to previous French governments.

In Brussels, Macron’s aides see themselves as essential: whoever wants to build a majority in the European Parliament will have to do so with Macron and ALDE.

“For the first time, the EPP and the S&D will have to compromise with a centrist, pro-European force - in which we’ll have a central and crucial role - and which will be a totally indispensable partner,” a presidential adviser said.

Macron’s aura - inherited from his landslide 2017 defeat of Le Pen when other countries such as Britain and the United States were succumbing to populist forces - will be dented at the European Council table of EU leaders.

And with eurosceptic Viktor Orban securing a 52 percent victory in Hungary, Macron will struggle to impose his integrationist, pro-EU agenda, Christopher Dembik, an economist at Saxo Bank in Paris, told Reuters.

However, with Merkel’s conservatives losing seven percentage points from five years ago as the German far-right made gains, Macron could establish a more equal relationship with Germany, which over the past two years has frustrated most of his plans - from trade policy to euro zone reform.

Macron should at least be able to block Merkel from imposing her lead candidate for the European Commission, Manfred Weber.

“In our view, Angela Merkel’s favorite candidate is totally disqualified today,” Pascal Canfin, number two on Macron’s list of candidates told France Inter radio on Monday. The EPP will have to eject Orban from its ranks for any coalition deal to be approved by Macron’s group, he added.

Elysee officials took heart in the surge by Germany’s Greens, who have expressed more support for his pro-European agenda than conservatives and liberals in Berlin, and who could be tempted to collaborate in Brussels.

“You may like him or not, but there’s no doubt he will be the leader of the coming months in Europe, with a crucial role of kingmaker,” Italy’s former prime minister Matteo Renzi told the Journal du Dimanche newspaper.

Portugal’s prime minister, Antonio Costa, a Socialist, also voiced support for Macron’s European plans ahead of the vote, suggesting the French leader might be able to win allies beyond his centrist family in the European parliament.

With his eyes on the top EU posts, Macron didn’t waste any time before starting negotiations with his European counterparts.

He called Merkel on Sunday night, and will talk to other EU leaders ahead of an informal Brussels meeting on Tuesday which will kick off weeks of bargaining over who will run the EU’s main institutions.

Spain’s Pedro Sanchez, whose Socialists are on course to have the biggest contingent in the EU assembly’s Socialist group, will dine with Macron at the Elysee Palace on Monday evening, a sign the two leaders see each other as powerbrokers.

Macron’s allies in the EU Parliament see a new, more influential era for the centrists, with outgoing ALDE leader Guy Verhofstadt rejecting the idea that Macron’s second-place showing to Le Pen was even a “defeat”.

“What you call a defeat I call a victory,” he said.