Russia must develop relations with Azerbaijan as future leader in region: Russian MP 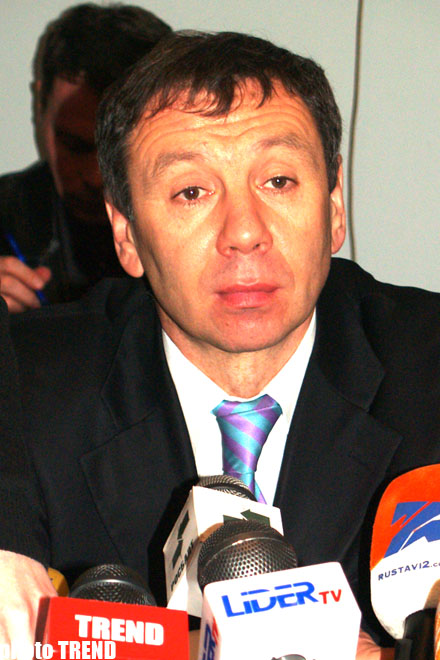 Russia must develop relations with Azerbaijan as the future leader in the South Caucasus, Russian member of parliament and Deputy Chairman of the State Duma Political Research Committee Sergey Markov said.

"I respect Azerbaijan. I have always supported Russia's increasing cooperation with the country as our two nations have traditionally been close. We must develop relations with Azerbaijan as the future leader in the South Caucasus," Markov said in an interview with Trend .

Russia must have deeper strategic relations with Azerbaijan, he asserted. For this purpose, Russia must install a military base in the country. Azerbaijan should join the Collective Security Treaty Organization (CSTO), Markov added. The more Azerbaijan and Armenia join similar organizations, the closer they will be to resolving the Nagorno-Karabakh conflict, he said.

"Russia will invite Turkey to actively partake in these organizations in the near future. We hope Azerbaijan will use this opportunity as Turkey's traditional ally," Markov said.

The Nagorno-Karabakh conflict should be resolved through peaceful political means, he said.

Markov said time is on Azerbaijan's side as the country's economic growth far exceeds Armenia's.
The conflict between the two South Caucasus countries began in 1988 when Armenia made territorial claims against Azerbaijan. Armenian armed forces have occupied 20 percent of Azerbaijan since 1992, including the Nagorno-Karabakh region and 7 surrounding districts. Azerbaijan and Armenia signed a ceasefire agreement in 1994. The co-chairs of the OSCE Minsk Group - Russia, France, and the U.S. - are currently holding the peace negotiations.
Do you have any feedback? Contact our journalist at: [email protected]