Azerbaijani President Ilham Aliyev and first lady Mehriban Aliyeva have attended the opening of the Darnagul station of the Baku Metro, the President's official website reported.

The President cut the ribbon symbolizing the official opening of the facility.

Deputy prime minister Abid Sharifov and chairman of the Baku Metro Taghi Ahmadov told the President that Darnagul was the 23rd station in the capital`s metro system.

The Head of State and his spouse watched a documentary film highlighting national leader Heydar Aliyev`s role in developing the Baku metro system.

The Darnagul station has its own 10-kW sub-station.

The Head of State was told that for the first time SOS alarm system was applied in the station.

The President was informed of the reconstruction and land-improvement work at the station`s site.

The Head of State then spoke to local residents and employees of the Baku Metro. 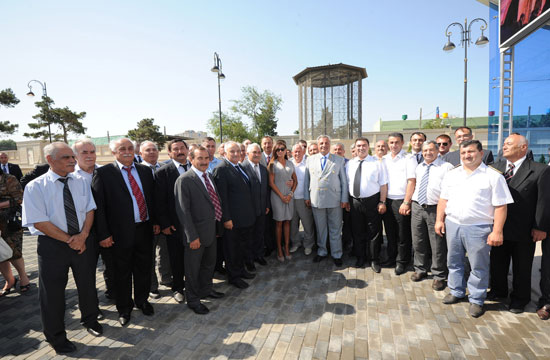