President Ilham Aliyev has today received ambassadors and heads of diplomatic missions of Muslim countries in Azerbaijan on the occasion of the holy month of Ramadan.

"These relations cover all areas on a bilateral format, and continue being expanded."

President Ilham Aliyev said official Baku "always feels support of Muslim countries with regard to the settlement of the Armenia-Azerbaijan Nagorno-Karabakh conflict".

The President said the first country to recognize the Khojaly genocide was a Muslim country - Pakistan, and thanked Pakistan`s leadership for their position.

He noted the OSCE sent a fact-finding mission to Azerbaijan`s occupied territories and witnessed that Armenians destroyed mosques and other sacred monuments there.

He said Azerbaijan backed the position of the Arab League concerning the Middle East processes.

The Azerbaijani leader stressed the importance of fighting against anti-Islamic rumors on a global scale. "Associating Islam with terror is a big sin, a big crime."

The President asked the Muslim ambassadors and heads of diplomatic missions to convey his Ramadan greetings to their heads of state and government.

The ambassador praised Azerbaijan`s economic development, saying its economy continued to grow even amid the global financial crisis.

He emphasized the importance of Azerbaijan`s becoming a UN Security Council member.

The ambassador touched upon Azerbaijan`s hosting the Eurovision song contest, noting the event was excellently organized. He stressed the importance of the International Mugham Festival, adding it also aroused great interest.

The Turkish diplomat praised the Muslim world`s position on the Armenia-Azerbaijan Nagorno-Karabakh conflict. 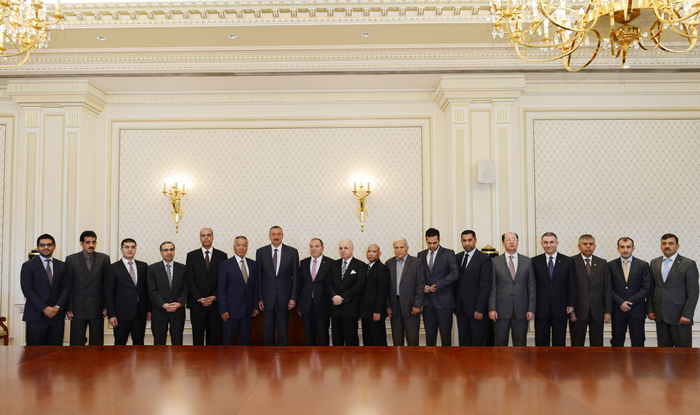