President of the Republic of Azerbaijan Ilham Aliyev has arrived in Barda district on a visit.

The head of state first visited a statue of Heydar Aliyev in the newly-built park-boulevard after the national leader in the city.

Head of Barda District Executive Authority Vidadi Isayev noted that the statue was build in accordance with a unique project. 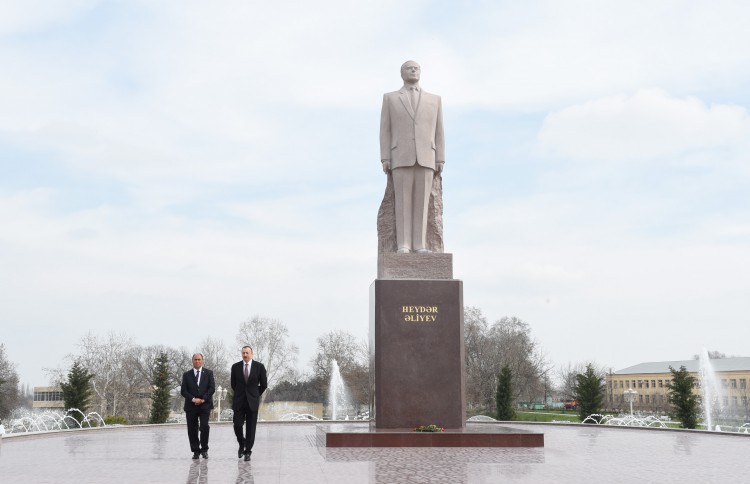