Azerbaijan's President Ilham Aliyev on April 9 chaired the meeting of the Cabinet of Ministers on the results of socio-economic development in the first quarter of 2016 and the future tasks.

The meeting began with a minute of silence to honor the memory of Azerbaijani servicemen who heroically died while preventing the sabotage of Armenian armed forces.

President Aliyev wished patience to the relatives of the martyrs and recovery to the injured.

The president then noted that Armenian sabotage was prevented on the line of contact of Armenian and Azerbaijani armies in early April, the enemy was repulsed and Azerbaijan's military positions even more strengthened.

"This bloody clash once again showed that Armenia continues its occupation policy, it doesn't want peace and tries to disrupt the negotiation process," said Ilham Aliyev, adding that Armenia stages sabotages when there is certain progress in the negotiations.

Following the meeting of Azerbaijani and Armenian presidents, held at France's initiative in 2014, Armenia started military exercises on the occupied territories and staged another sabotage, said the president, adding that as a result, one helicopter of the opposing side was shot down, after which the negotiations were suspended for more than a year.

The presidents' meeting held in December of 2015 also brought no results, he added.

Azerbaijan's president pointed out that following the bloody clashes, the international community expressed concern over the issue.

"Azerbaijan is committed to the negotiation process and hopes that this issue will be resolved," said President Aliyev, adding that the principle of peoples' self-determination shouldn't lead to violation of countries' territorial integrity. 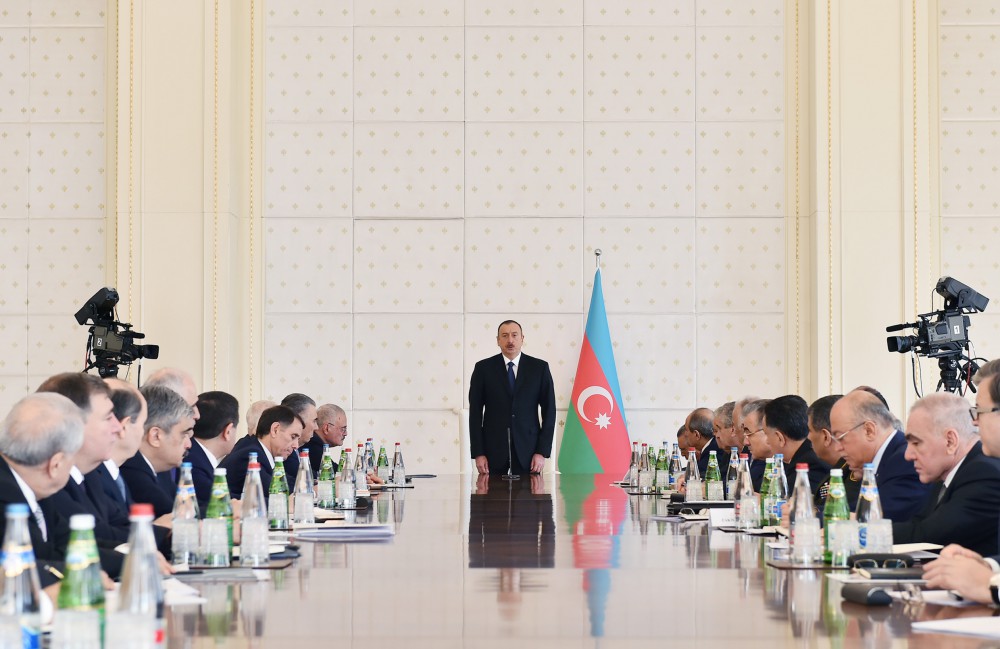