Politics Materials 15 November 2019 13:14
The Baku Declaration of the 2nd Summit of World Religious Leaders has been adopted 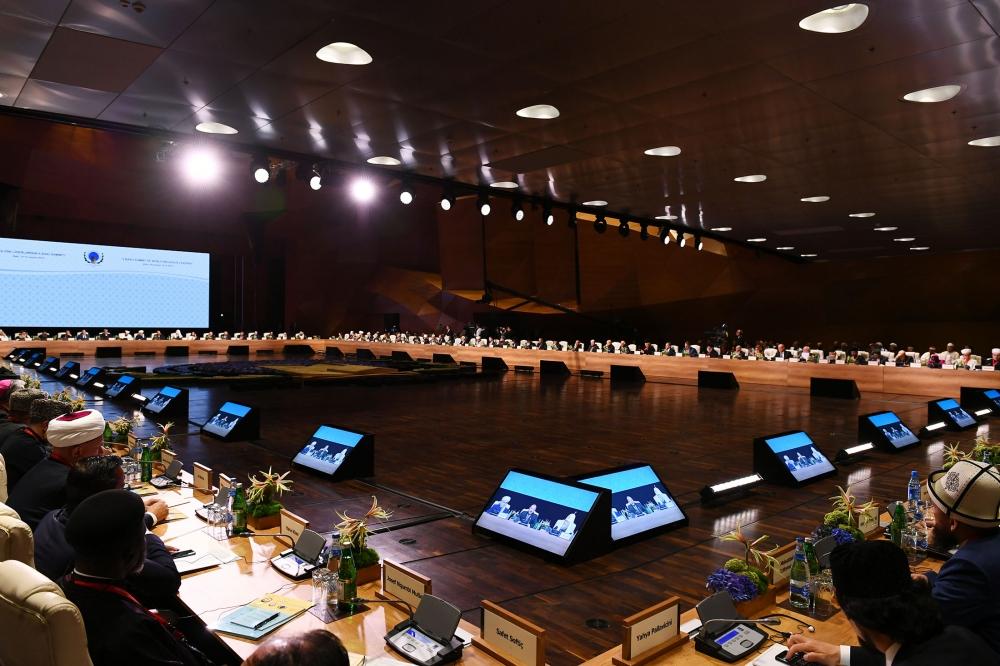 The Baku Declaration of the 2nd Summit of World Religious Leaders has been adopted, Trend reports Nov. 15.

The document emphasizes that Azerbaijan attaches great importance to the development of international cooperation, formation of religion-state relations, the strengthening of inter-civilization and interreligious relations, the protection of various national and spiritual values and traditions of multiculturalism.

The importance of the “Baku Process”, initiated and being implemented at the initiative of the Azerbaijani president, the significance of international events organized as part of the “Year of Multiculturalism” and “Year of Islamic Solidarity”, the contribution of the first Baku Summit of World Religious Leaders, the Baku International Center for Interfaith and Inter-civilizational Cooperation in expansion of relations among different cultures and religions, including the creation of environment of mutual trust were also noted.

Gratitude was expressed to the Organizing Committee of the event for the 2nd Baku Summit at a high level, as well as for the conditions created for meetings and exchange of views among speakers of different cultures and religions, state, public and scientific figures.

The document notes the contribution of His Holiness Patriarch Kirill of Moscow and All Russia to inter-civilizational and interreligious cooperation, as well as his important role in maintaining peace and prosperity in the region and on a global scale, including in creating environment of mutual trust.

It was emphasized that during an apostolic visit to Baku on Nov. 2, 2016, His Holiness Pope Francis praised the inter-civilizational and interreligious dialogue in Azerbaijan. The Joint Human Fraternity Document, signed on Feb. 4, 2019, between Pope Francis and Imam Al-Azhar Sheikh Ahmad Al-Tayeb in Abu Dhabi, was approved.

The exceptional merits of His Holiness and Beatitude Catholicos-Patriarch of All Georgia Ilia II were emphasized in protecting the traditionally tolerant environment of the Caucasus region, in achieving peace and prosperity in the region, as well as in deepening interreligious understanding in the name of these goals.

The contribution of religious leaders of the Caucasus and neighboring regions, Central Asian countries to the development of interreligious cooperation and the protection of spiritual values ​​was noted.

The importance of the common position of the heads of Muslim, Christian, Jewish, Buddhist, Hindu and other religious communities representing different regions of the world regarding the problems threatening the modern world, including the regular organization of such events to demonstrate the importance of interreligious and inter-civilization solidarity to the whole world, was emphasized.