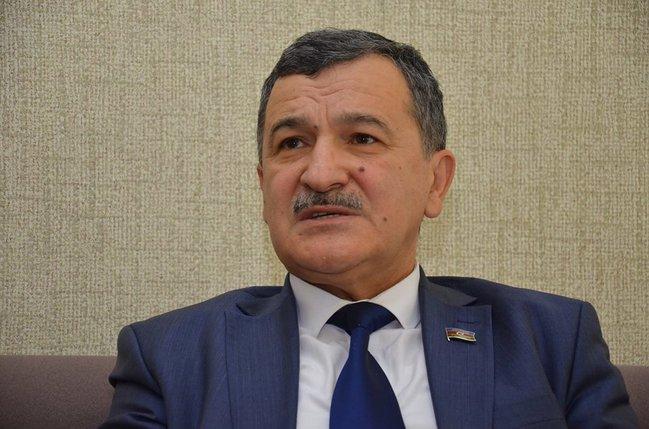 Mirzazade emphasized that this was an extremely important meeting.

"Pashinyan’s answers were nothing more than empty rhetoric and an attempt to mislead the world community,” Azerbaijani MP added. “Despite the Armenian prime minister was not from the Karabakh region of Azerbaijan and did not participate in this war, after the regime was changed in Armenia, nothing has changed concerning the issue of territorial claims of the aggressor country towards Azerbaijan.”

“The prime minister of the aggressor country is trying hard to impose the idea of ​​creating an independent state by a national minority that lives in one of the Azerbaijani regions on the world community,” Azerbaijani MP said. “However, this turns out to be extremely unsuccessful for him. If one follows his methodology, then there must be tens of thousands of states in the world. Pashinyan himself realized that the international audience does not believe him. Pashinyan’s words do not correspond to either international law or common sense."

Mirzazade stressed that President Aliyev’s response to Pashinyan is the answer of a leader who is attached to his Fatherland and who realizes his responsibility.

"President Aliyev cited important facts about Armenia’s violations of the norms of the international law, the damage caused by the aggressor country to Azerbaijan’s history and culture,” the MP added. “The president informed the public that Armenia will not have a right to the Azerbaijani lands under any circumstances. At the same time, President Aliyev emphasized that the so-called 'regime' created by Armenia in Nagorno-Karabakh region by force is not recognized by any state in the world, including Armenia."

Mirzazade said that thanks to President Aliyev’s speech at this meeting, Azerbaijan gained another victory in the political arena.