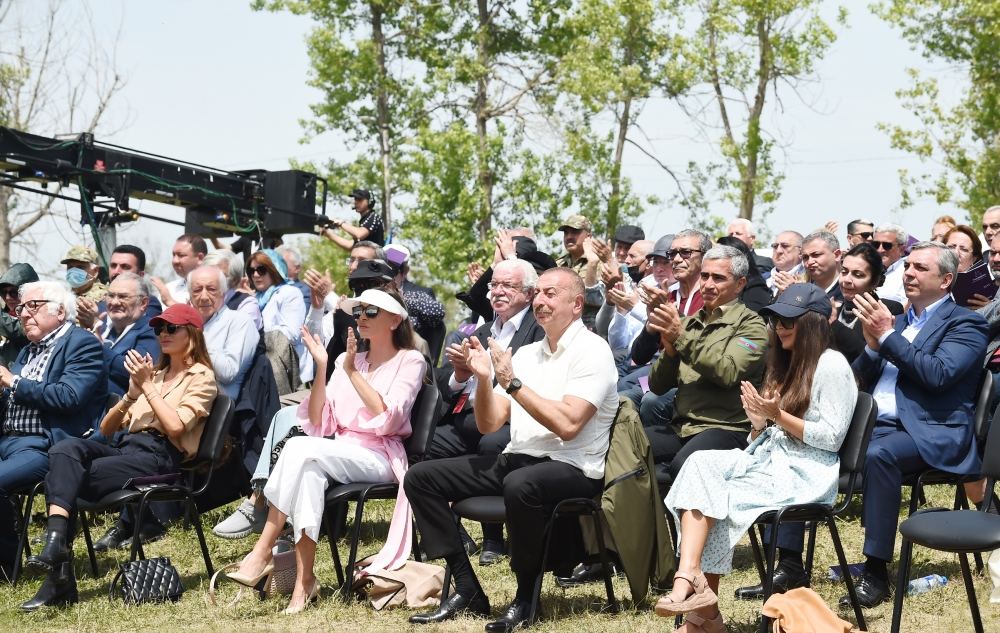 The Khari Bulbul music festival, which was organized on the Jidir Plain in Shusha, the cultural capital of Azerbaijan, at the initiative of Azerbaijani President Ilham Aliyev and organized by the Heydar Aliyev Foundation, continued on May 13 and a gala concert was held as part of the festival.

Before the end of the gala concert, the footage on national leader of the Azerbaijani people Heydar Aliyev’s speech dedicated to Shusha was shown on the screen. President Ilham Aliyev was touched by the shown footage.

Ukraine ready to partake in restoration of Azerbaijan's liberated lands