US envoy meets winners of the Azerbaijan Business Case Competition US ambassador in Azerbaijan Robert Cekuta congratulated the winning teams of the Azerbaijan Business Case Competition (ABCC) organized by the U.S.-Educated Azerbaijani Alumni Association (AAA). The final round of the 13th ABCC was held on December 6, 2015 at ADA University and began with a minute of silence to commemorate the victims of Fire in "Guneshli" field. The event was opened by AAA's chairperson Vali Huseynov. Three teams, out of an initial field of fifty, were selected to compete in the final round. The finalist teams were required to present their solutions to a case assignment and were judged based on the quality of their analysis of the financials, recommendations, Q&A, presentation style, and team work. The winning teams received a total of 10,500 AZN in prize money (1st place - 6000 AZN, 2nd place - 3000 AZN and 3rd place 1500 AZN). Winners:

This year, the selected teams participated in an ABCC-integrated Business Academy, which provided training sessions and evaluations to help them prepare for competition. The best teams of the ABCC weekly sessions were sent to one of the sponsoring companies to benefit from direct experience in business strategy.

Teams participated in a mock competition on November 29, which narrowed the field to 10 teams. Each of those teams received mentorship to prepare for the semi-finals, where the three finalist teams were selected. PASHA Bank Executive Board Member Mrs. Hayala Nagiyeva said "I was positively surprised to know that ABCC was firstly initiated in 2002 with such a long history of accomplishment and that carries out up until today with success to be proud of". Representative of U.S.-based Deloitte Mr. Tural Hajiyev said the event was well-organized and praised ABCC's contribution toward nurturing the future business leaders of Azerbaijan. This year the project was sponsored by the following businesses: British American Tobacco, PASHA Bank, Azercell, BP, ExxonMobil, Procter & Gamble, SOCAR-AQS, Deloitte, and E &Y. The academic partner is ADA University, the media support is USA Embassy and the information support is edu-active.com. 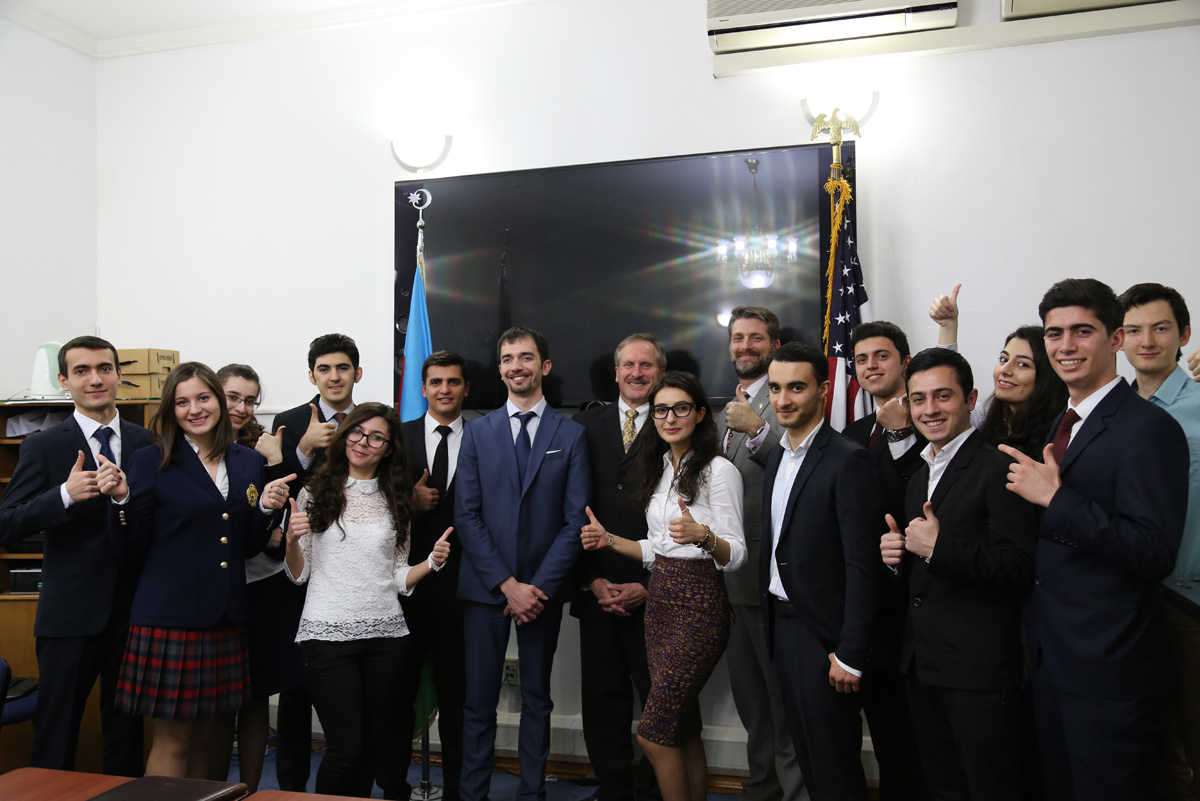