BAKU, Azerbaijan, May 14. On May 14, the 5th International Folklore Festival "Kharibulbul", which took place in the cultural capital of Azerbaijan - the city of Shusha, ended, Trend reports.

The V International Folklore Festival "Kharibulbul", held in the "Year of Shushi", announced by the Order of the President of the Republic of Azerbaijan Ilham Aliyev in connection with the 270th anniversary of the city of Shusha, was organized by the Heydar Aliyev Foundation, the Ministry of Culture and the Shusha City State Reserve.

Within the framework of the fifth three-day festival, national dances, mugham art, concerts of folklore groups from different regions of our country, representing national minorities, video clips of Azerbaijani singers filmed in Shusha in different years, and classical music were presented.

It should be noted that during the 44-day Patriotic War, the heroic Azerbaijani army, under the leadership of the President, the victorious Supreme Commander-in-Chief of the Armed Forces, Ilham Aliyev, managed to liberate our lands occupied by Armenia and restore our territorial integrity. Currently, large-scale construction projects are being implemented in the liberated territories. Along with the restoration of administrative buildings and historical and cultural monuments in the liberated territories, these projects also cover the revival of our cultural events and traditions that have not been held on our historical lands for years. Thus, our lands liberated from occupation are now spiritually reborn. The music festival "Kharybulbul", which took place on May 12-14 in Jydyr Duzyu, is a vivid confirmation of this. 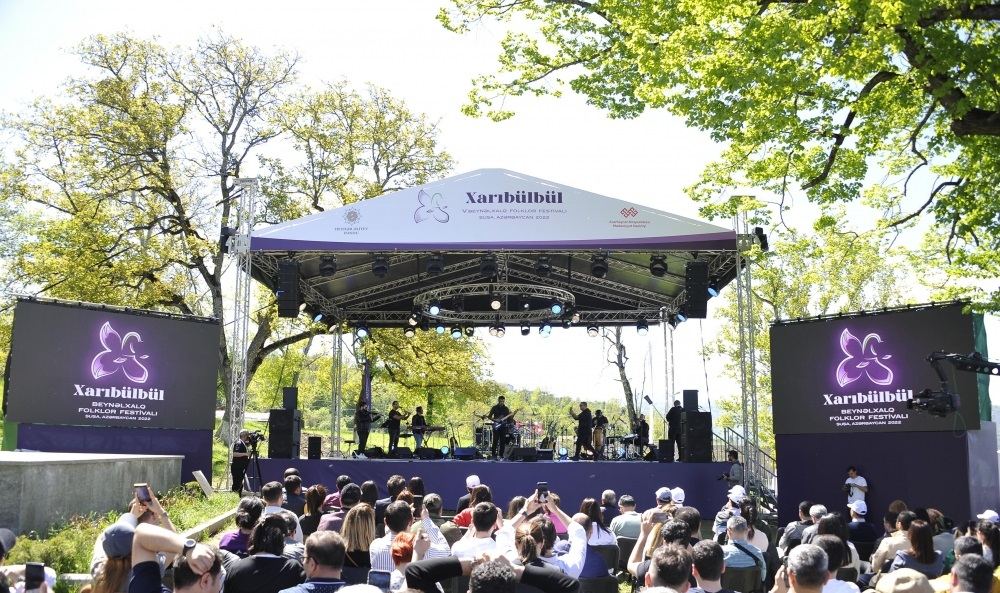